What games have the best

Well, the rain during the crime scene in Heavy Rain was impressive. Incredibly atmospheric.

I love (good) weather effects in a game, as they can really help bring the game world to life.

Others have mentioned most of the games with good weather effects that I could mention (Read Dead Redemption, GTA V, Skyrim, etc), but I'd also say

- Perfect Dark; the rain in the Chicago Streets level was very good for the hardware of the time, and there were even puddles of reflective water. Plus two levels had convincing snow, and what made these three levels (one with rain, two with snow) better was that the wind played a part - i.e. if you stood and watched the rain, say, you'd see it didn't fall straight down, it fell very slightly diagonally due to the wind, and after a time this effect would lessen or increase, as the wind increased or decrease, or the direction of the rainfall would shift slightly as the wind shifted. And you could hear and see the gates behind you (where you started the Chicago Streets level) move in the wind. Rare put so many little touches in their games, and you don't get that sort of detail in most games anymore (or even back then).

- Timesplitters 2 and Timesplitters Future Perfect have great rain and snow (I can't remember if TS1 has), and the rain actually runs down your glasses (a great effect, even if your character isn't wearing glasses) when you look straight up!

- In James Bond: Nightfire, one of the missions is in an office block on a stormy night, and it does look great.

- Timeshift has some really nice weather effects, and since you can control time in the game, you can pause, slow down, or even reverse the rainfall, and it looks *fantastic*. Plus water falls from gutter pipes and everything, and it really is atmospheric.

And the worst weather effects are in Far Cry Instincts, on the original XBox. Actually, the effects (rain only, no snow) aren't too bad, but not great. There are much worse in some other games, but what utterly ruins it is that the rain effects aren't programmed to fall from sky to ground, they are in fact programmed to fall from the top of the screen to the bottom of the screen. This is fine when you're looking more or less forward, but if you look up or down you notice how strange it looks. And if you look directly up, or directly down, then the rain looks like it's moving horizontally! A very lazy rain effect, especially considering how great (by original XBox standards) the other graphical effects in the game are.

Regarding the games themselves, in order of quality; Perfect Dark (N64, XBox 360 (on the 360 it's XBLA only, don't confuse it with the vastly inferior Perfect Dark Zero)) is briliant. Timesplitters Future Perfect (original XBox, PS2, Gamecube) and Timesplitters 2 (original XBox, PS2, Gamecube), are great (I think Future Perfect (which is really TS3) is better than TS2, but lots of people prefer TS2). Timeshift should have been great, but has some tedious sections, and really needed more time spent on some parts (ironically, given the nature of the game!), but it's good parts are very good, and I do like the game. Far Cry Instincts (on the original XBox, I mean, which is a different game from the PC version, far more linear, and with game mechanic differences later one) is good. James Bond Nightfire (original XBox, PS2, Gamecube, PC) is the only game I've mentioned that I don't much like. It isn't a bad game, it's just average, and why play this game when there are so many better games you could be playing. By the way, apparently the PC version of Nightfire is different from console versions - for a start it doesn't have the vehicle levels (which make up half of the console game!), and I don't know if it adds new levels or anything, so if you want to play this game then you might want to play a console version.
Top

Shenmue is still my favourite. I loved the fact that the weather seemed (relatively) realistic at the time. The sky would become overcast as clouds formed and it got slightly darker, rain started pouring and puddles started forming etc. but its the snow effect that still leaves me impressed now (as in my opinion its not been bettered). It'll start snowing in the evening and by morning the snow will have set and it'll look beautiful. As the days go on the snow will thaw out and clumps of snow will remain for a day or two before it completely melts away. No open world game has managed to do snow better for me.

Sleeping Dogs has some great rain effects on the PC with the high res textures (especially at night). The wet effect on roads and surfaces is really impressive. GTA V is another that has impressive rain effects, like Shenmue clouds will form and the rain will begin to pour. If it rains hard enough then puddles will form...

Oh, and although its already mentioned in this thread that one stage in KOF 99 where it starts out nice and sunny and over the course of five rounds it tips it down. The remade background for the DC version was not as impressive in my opinion.
My Complete Megaman/Rockman collection: http://retrogamer.net/forum/viewtopic.php?f=2&t=26485 *Updated 22/05/2011*
Top

Really liked the rain in TOCA Touring Car on PS1
Thought it was great from the in car view where your windscreen wipers would work too... until your windscreen fell out in a crash.
Top

Saw rain for the first time in GTA V the other day and it looked great, especially the standing water on the roads and how it sprays up at speed. Is it uncommon in GTA V? I only ask because I've been playing it quite a lot but it's only rained once in all that time.

A couple of mine. Top Gear 2 had superb night and fog with the awesome tail lights appearing in the distance. Probably similar to Lotus.

I love the lighting in Ridge Racer V also. The afternoon glow is so warm, the hues of the morning blues are soothing and the night looks futuristic and awesome.

Seiken Denstsu 3 has amazing real time lighting changes, nothing like it on a 16 bit console that I know of. Pity it's impossible to find a video of it in action.
http://judged-by-gabranth.blogspot.co.uk/

Think it's the third or fourth level of VectorMan on the Mega Drive, and it's in the thawing stage of after it's been snowing. Lens flare on the screen and water dripping all over the place from the melting snow, which is REALLY bright with the sun shining on it. Very nice.
My comics blog (mostly lesser-known UK stuff from the 80s and 90s) 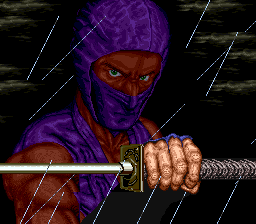 
Dead or Alive 2 has a snow level, not sure about the later games

the lightning effects they've done in the new Resident Evil 4 HD effort are a sight to behold.. just stunning, they absolutely adds to the tension in the cemetery section in particular, takes it to another level.

Overall though, disappointed what they did with that game.. most of the new additions take away from the previous edition. But anyway. that cemetery bit was just fantastic and made my day!
Top

ST/Amiga Microprose Soccer had weather effects that actually affected gameplay. And I think it was the first game to feature 'aftertouch', though I could be wrong.
Scott me up beamie!
Top
Post Reply
47 posts