I forget the proper names, but the giant turtle, Steel Dragon and robot skeleton thing in Super Probotector. Also that red thing in the Norfair zone of Super Metroid

The final boss from Sonic & Knuckles. After getting through four and a half games of contraption after contraption, you finally make it to the Death Egg, and Robotnik has gone from a ineffectual fat man to... well, this.

That's not the look of a goofy mad scientist. That's a look of a man who wants you dead at any cost. It's not the hardest final boss out there, but it's one of the most exciting, cinematic ones you'll probably find on the Genesis, and it's a fantastic way to close off the original quadrilogy.

And then there's the Doomsday Zone, which I like to think of as less Robotnik trying to escape and more the exact reverse of the situation you were just in: the last moments of a desperate man trying to hold off the vicious onslaught of a god-powered hedgehog, before the vaccum of space takes him. Karma is a cruel mistress.
Top

Definitely the huge green dreadnought from R-Type, where the whole of Level 3 is one giant ship you have to work your way under, then round to the (slightly implausible) weak spot on the top.

The two-headed dragon Godarni from the end of the third level of Space Harrier is quite a unique creature - two fireball-spitting Chinese carnival dragons joined at the tail end.

Wheelie on the ZX Spectrum had a great boss in the form of the 'ghostrider'. After making your way to the end of the tricky scrolling cave levels, you came across another biker who would ride out straight through the scenery, and you had to have memorised the best route to be able to beat him back out.

A trick later borrowed by RARE for the GBA incarnation of Sabre Wulf. Yet they managed to make the whole thing a tedious exercise with exessive hand-holding and a pointless RPG story framework.
Top

Descent, Level 7. Absolutely brilliant end to the shareware version which I'm sure helped net a ton of sales.

Also The Shadow Nightmares at the end of Link's Awakening. Real sense of achievement when I finally beat it, which is what all good boss battles should feel like. Far too many are just a chore.

I've got a lot of time for the final act of Mario Bros Wii as well - one of those that I knew I could beat, and knew exactly how to go about it, but it took a ton of attempts to finally manage it.
Top

For myself, it is M.Bison for Street Fighter & Geese Howard in the SNK fighters. Geese wasn't just the boss in Fatal Fury but the boss period in SNK games. A shout out to the villains of Final Fight as well. I liked all the bosses in that game apart from Rolento who was a real hard nut.
Oh and if you want to do little social experiments on our forum don't post about them on your own you plum - Darren@Retro Gamer
Top

snowkatt wrote:none
i hate bosses
i dont think they are a challenge or a goal or a puzzle
i tend to think they are a obnoxious block in my progress to finish a game and are only there to artificially increase the life span of a game and i hate them utterly

For me its got to be the classic Dr. Robotnick with the ball & chain at the end of Green Hill Zone on Sonic for the Sega Mega Drive, I must have destroyed this boss 100's of times over the past 20 years! 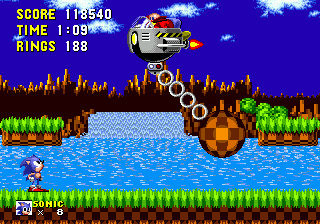 just the look of it smells disgusting

the xbox version is censored ! how the censored do you censor a singing turd ina mountain of censored ?!

http://www.youtube.com/watch?v=MBxSMnYCPjw
hey wait ! i got a new complaint !
Top

The Turrican games have some iconic bosses, the H.R. Giger inspired ones are great! 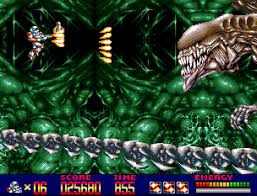 And Strider's level 1 boss, the parliament that becomes a monster... unforgettable.

When you have to defeat this fella in Alex Kidd in a game of rock, paper, scissor.

The samurai wielding boss on ninja spirit for the PCE never failed to impress me, the animation when he swings for you was superb.

The dragon god on demons souls needs to be seen to be believed, and the tower knight is awesome too. Not a boss as such, but the scarab encounter on halo 3 was epic, brilliant experience online with your mates.

Too many bosses to mention. Not a boss per say but felt like a modern version of R-type level 3 was the flying battleship level in panzer dragoon orta for xbox. Ed209 and Kane boss fights in robocop v terminator on MD. various bosses in thunderforce IV and radiant silvergun.
Top
Post Reply
37 posts