This is a little thing that I think could be fun and educational.
Here is how it works:
Each member names a game that they think should go in the top 200 (a video or image would be a welcome addition to just naming names, just be mindful of image size otherwise the page will lag).
Each member can only name 1 game at a time, if you put more than one game in a post then none of those games get listed.
No double posting, this is obvious.
You can disagree with peoples choices if you want but I don't want to see people going around and telling people that they are full on wrong.
The list isn't it any order so no complaints about game x being number x on the list.
Anything released on a 16-bit format counts even if it is a port of an older game, if it's on a 16-bit machine it counts.

So I'll start off:

Really isn't anything to say about this game because everyone has heard of it, knows of it and most of you have probably played it.

The best side scrolling beat em up of the 16bit generation, bar none.
NES/N64/GC/Wii/WiiU/SMD/SS/DC/PS1/PS2/PS3/PS4/Xbox/360/OneS/PSP/3DS/PSV
PSN: learnedrobb
Top

3. Xenon
Shiny metal, spinning gun turrets... what's not to like! It looks fantastic even today to this ole eye. One of the best vertical shoot-em ups of all time no doubt.

The daddy of run 'n' gunners in the 16bit era, if you ask me. Crackin' soundtrack, brilliant co-op, graphics flashier than anything else on the Mega Drive up to that point...it pisses all over Contra III from a great height, in my opinion.

The scope of this game back in the late 80's seemed endless. Take control of a carrier, (surprisingly) and using Landing craft and jets named after the largest of the Ray family, you must take over a lot of (50+?) islands before your opposite number. If I remember correctly the oppositions craft was better than yours, or I was just sh!t at the game.

The graphics and mechanics of the game blew me away, a real time strategy game in 3D and a vast landscape was just what the doctor ordered.

Are we counting the PC Engine and Atari Lynx as 16-bit?
My Digital Books | Laird's Lair | XEGS Podcast
Top

The SNES is being counted as 16-bit so we may as well!

Out of all the 16bit games I've played this is probally the one I come back to the most. I have played it though so many times and it never gets old.
Top

This one always comes up and the answer is might as well. Ideally though you might want to save the handhelds for when (if) I do a top 200 handheld games.
GameRoomDX- A youtube channel about video games.
GameRoomDX - The Blog. Updated regularly.
Top

This one always comes up and the answer is might as well. Ideally though you might want to save the handhelds for when (if) I do a top 200 handheld games.

It doesn't say in the thread title or original post, it just says this:


Anything released on a 16-bit format counts

Zelda 3 A Link to the Past 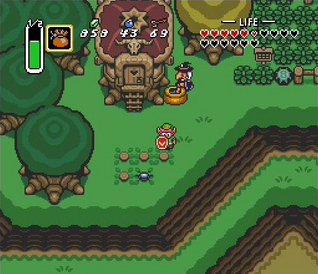 an obvious one but it looks as good as it plays,may be a little on the easy side but a joy to play.

Shouldn't the Intellivision be in here too then?

And this list has no worth without Super Mario World in it - thankfully I have now rectified this!

Don't forget the TI99. Not that it's going to make the top 200.
The Retro League - Where skill isn't an obstacle
Retrocanteen, home of the unfairly banned 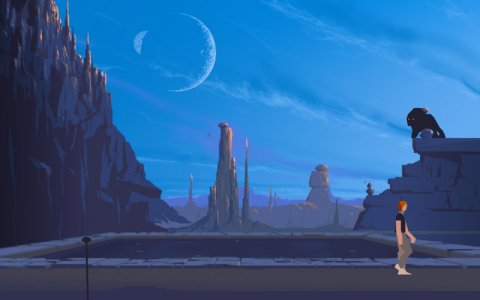