Games that pushed a system to the limit

Games that pushed a system to the limit

I've been playing a few Megadrive games lately and was really struck by how some of the later titles squeezed all kinds of effects and graphical tricks out of the system.

This got me wondering to see what other console games managed to pull off these little tricks, whether it be graphics, sound or other innovations. Perhaps other people could suggest some games like this that we could dig out to see as examples of what can be done with a system? 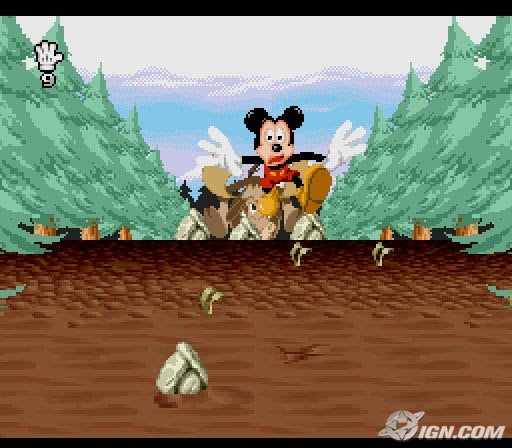 http://www.youtube.com/watch?v=Mf5zS3ONLK4
Castle and World of Illusion were already renowned for their great graphics and atmoshperic gameplay but this late MD title managed to improve on this even further - each level was based on one famous Mickey cartoon, but also contained many graphical touches such as a black and white film effect on the first level, mock rotation/scaling and many huge and detailed sprites that only appear once or twice in the game.

http://www.youtube.com/watch?v=W_l_jogsYo0 (check out this bonkers boss)
I imagine this is the daddy of games that show how far the megadrive can be pushed.. for me, the main beauty of this game is the sheer number of sprites designed for one use - almost every enemy only turns up once in the game, and for me this shows an incredible amount of effort and attention to detail. The speech samples are crisp, the backgrounds are complex and multi-layered and the bosses are constantly surprising.. there's even some very impressive mock rotation later on in the game, which simulates the whole playfield being rotated, and headdy flung into the background of the scene. 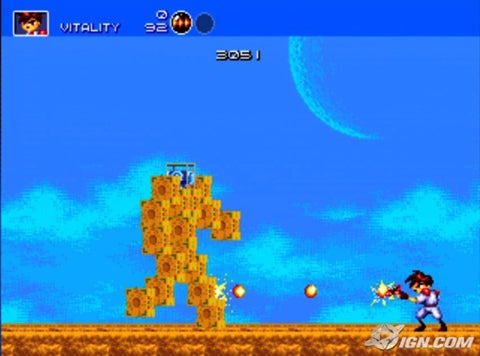 http://www.youtube.com/watch?v=nWfHOfjtcdw (full gameplay video!)
Again this is another well-renowned game - i remember seeing a couple of big platforms tilting and wobbling when it first came out, thinking 'the megadrive can't do *that*!' - but it could, thanks to the genius progammers at Treasure

..incidentally, I don't think it's a coincidence that two of the above games are by Treasure - I gather that many of their games were particularly impressive in this way?

http://www.youtube.com/watch?v=grccr0NeImU
Again, a late-period C64 game, but this doesn't look like a C64 title at a glance.. Apex managed to fit in a cinematic introduction, massive variety of gameplay, tons of one-use-only sprites, relatively pain-free multiload and richly layered, catchy music. The programmers also used a graphical trick to make the C64 appear to display more colours than it actually could - and if that isn't attention to detail, I don't know what is! Did anyone do more with a C64?

http://www.youtube.com/watch?v=uMADbVG97E4
Where do I start? The sheer scope of this game is incredible. Even after playing GTA4, I found myself wanting to go back to San Andreas, because it was a much bigger and more ambitious game. From the three large cities, through the hick country towns via the air force base, jump jets, airpacks and the mountainous terrain, I cannot imagine how you could pack more into a PS2 game. All we need is a PS3 remake and I reckon I'd have my ideal GTA fix.

So, can anyone else nominate their favourite games that managed to do that bit more with the system they appeared on? I'll look forward to tracking them down to see just how far a console can be pushed.
Top

http://www.youtube.com/watch?v=grccr0NeImU
Again, a late-period C64 game, but this doesn't look like a C64 title at a glance.. Apex managed to fit in a cinematic introduction, massive variety of gameplay, tons of one-use-only sprites, relatively pain-free multiload and richly layered, catchy music. The programmers also used a graphical trick to make the C64 appear to display more colours than it actually could - and if that isn't attention to detail, I don't know what is! Did anyone do more with a C64?

Yes, including the Rowlands themselves with Mayhem In Monsterland which utilised more colour-producing tricks including PAL blending that currently doesn't work under emulation and scrolling rocking along at a solid 8 pixels a frame 50FPS when the charge power-up was enabled. But neither MiM or Creatures 2 are really pushing the machine technically, their sprite recycling isn't as complex as the code driving Armalyte, the Turrican titles or Enforcer for example.

(Creatures 2 is a bit Marmite as a game too, some people love it and others loathe it...)
Top

I post this as ive finally tracked this game down after a few months of searching and got it for a good price.

Crisis Force on the Famicom.

Made by Konami the graphics are at an almost 16-bit level, in terms of multiple-scrolling backgrounds and large sprites. 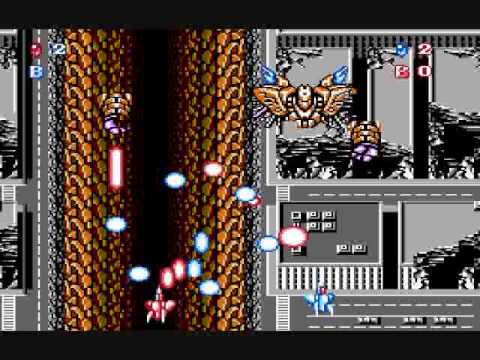 Surely Shadow of the Collossus on PS2? I mean, you can tell that it cries out for more power from the hardware.

I'd also say that Resi 4 and Twilight Princess were pretty impressive on the 'cube but I think that system could have been pushed even further.

TMNT III: The Manhattan Project on the NES.. Proper 16 bit styley scrolling turtles Beat em up.. on an 8 Bit! amazing

The Adventures of Batman and Robin.. MD Anything Treasure can do .. these guys went one step beyond

Street fighter alpha 2 on the snes i couldn't believe it when this was released on the snes.Well done to the people who crammed it nealry all on there.

Was also amazed at the graphics on some of the games Rare made for the snes the Donkey kong country games especially blew me away first time i saw them.


I think Sega did well to squeeze Virtua fighter 2 onto a megadrive cart and virtua racing.Even though the cart for this is as big as a house

Forty Niner for the ZX81. I first saw this in Jerry Ellis's excellent "The 8-Bit Book" a few days ago and immediately sought out screenshots or a video on the net. There are a couple on Youtube, including this one. It uses advanced machine code to generate hi-res graphics, whereas before only the standard 64 x 44 pixel graphics mode was available. That said, even that modest resolution was good enough for 3D Monster Maze, and that was quite a technical feat, too.

A lot of the later Atari 2600 games pushed the system way beyond what it was initially designed for. Robotank, Pitfall, Frostbite, Keystone Kapers ... amazing what a console designed to be little more than a Pong machine was capable of! It's an area TMR specializes in, I believe ...?

Street Fighter Alpha 2 on SNES is incredibly unnecessary but also impressive.
It is more impressive than Alpha 3 on GBA, I know the GBA was handheld but it had much more power than the SNES.
Capcom even put the intro into Alpha 2 SNES, they didn't have to do that and it might have helped the game if they had just left it out, more memory = more frames of animation.
GameRoomDX- A youtube channel about video games.
GameRoomDX - The Blog. Updated regularly.
Top

R-Type on the ZX Spectrum, Elite on all 8-bit computers & Knight Lore for breaking new ground on Sinclairs rubber keyed wonder.
Oh and if you want to do little social experiments on our forum don't post about them on your own you plum - Darren@Retro Gamer
Top

I think Ghouls and Ghosts on the master system was probably pushing that consoles upper limits.
“To gain your own voice, you have to forget about having it heard.” —Allen Ginsberg, WD
Top

I was literally blown away when I first played through Super Castlevania 4 back in the early 1990's, particularly by the way the mode 7 effects were used to enhance gamplay at various times throughout the game.

This is the bit I always find most memorable for some reason, The Spinning Tomb stage:

Street fighter 2 on snes was absolutely amazing port despite its loading problems still showed there was life in system.
Sonic 3D blast i think pushed the megadrive.
Midnight resistance on the speccy apparently pushed the machine to its limits.
Rage racer/Ridge racer type 4/time crisis on psx.
Superstar dust on A1200 that was awesome,forward to 5.12 to see the tunnel level-
http://www.youtube.com/watch?v=tHkMdtJt ... re=related
Top