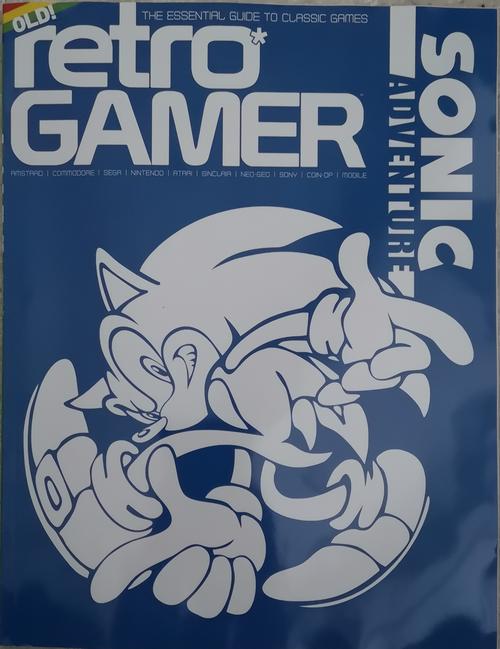 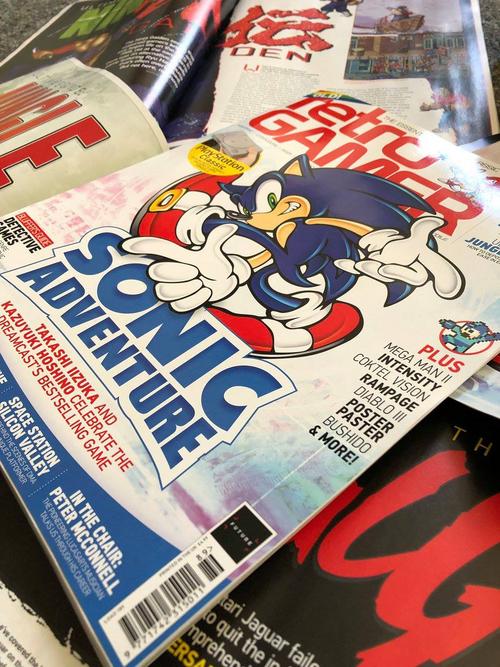 Looking forward to this!

It was a nice surprise to see a feature on Space Station Silicon Valley.
https://NotTheCakes.bandcamp.com
https://www.instagram.com/alexharford.uk
Top

I've got my copy! Is there a full image of the retail cover?
Top

Decent issue. Like the Sonic featire. Never been a fan of the Jag so I’ll pass on that. The Ninja gaiden feature makes me want to try that game again.

Good we get 2 issues this month.
Top

Having finally gotten over a very hectic Christmas period (kids make Christmas they said..tell that to the wife and i) and being a little fatter, hoarser and probably bankrupt for it

)
I finally snuck away and threw myself headlong into the Jaguar Anniversary article.
I'm going to be honest and express my disappointment that the 2 Million European Pre orders claim made it in, i feel it's an unsubstantiated claim and needed some grounding before going in,but laird and myself discussed this at some length elsewhere on here a few weeks ago.
I came away from the article thinking this isn't for the likes of myself, but aimed at those who tend to ignore the Jaguar (PSJ you should really give it a glance as it might put the Jaguar and Atari's plight in a new light).
Without wishing to sound overly critical, Laird felt like the lowly scribe here, documenting a battle that had long since taken place, for the purpose of preserving the events..rather than a modern, front line reporter.
Rebellion for example, have given a good account of approaching Atari UK with that Viking Longboat game to a number of sources (including this one),some time ago:
https://www.trustedreviews.com/news/reb ... uk-3351966
Bill Rehbock and Frédéric Houde are familar names and again, stories they tell already exist free to view online for those who simply use a search engine:
http://arcadeattackpodcast.podbean.com/ ... interview/
https://www.arcadeattack.co.uk/frederic-houde-rayman/
https://youtu.be/KQrINIia6JY
The full story of the Dental Camera, again, so easily found:
https://youtu.be/KQrINIia6J
For an anniversary article, i expected some high profile names..Gary or Leonard Tramiel, maybe Bob Gleadow if he's still with us, to give a corporate viewpoint..
John Carmack of I.D perhaps? Or possibly Adisak Pochanayon of High Voltage Software in terms of bringing the cream of Jaguar developers to the table..maybe Rob Nicholson of Hand Made Software?.
Perhaps even some of the Probe Software team talking about bringing Primal Rage to the Jaguar?
Something with a bit more clout and unique. Are people really that reluctant to talk about their involvement on Atari's ill fated hardware?
I don't wish to appear nit picking here and there is no agenda here other than a paying customer expressing honest disappointment,but after Laird stopped chatting in the Jaguar Birthday thread, i assumed he didn't want to take essential information from his Jaguar article, so i was understandably somewhat confused to find it contained such a high percentage of already well established information.
Right, Best explore the rest of the magazine before the bloody kids..i mean my little angels..start up again.
I hope all the RG Team and staff at Future Publishing had a very merry Christmas and my best wishes to you all for 2019.
Thanks for all your hardwork,it is appreciated.

in addition, I couldn't help notice your article appeared to state that Ubisoft's decision to bring Rayman to the Playstation caused the Jaguar version to be delayed by a year.

That's a curious statement, as at the time Ubisoft explained the delay very differently.

They claimed that one of the critiscms raised by people who'd played an early version at the E3 show, was the controls weren't responsive enough and caused frustration for players.
Ubisoft said they wanted gamers to have the very best experience from the game, so controls would be refined and play tested to perfection and whilst sadly this would mean the Jaguar version missing the original release dates, they were sure Jaguar owners would understand.

in other news... I'm half way through the Sonic article and am rather enjoying this so far.
Top

Rather than clog this feedback thread up with my thoughts on the Atari Jag article, I'm going back to my Jaguar Birthday thread. Anyone that has an interest in that system, it really is worth a good read (although I do ramble on a bit)....

Don’t get me wrong I love Atari. Love all the earlier models but in the past I always had trouble finding emulators for the Jag. Lots of gadgets I had never had a Jag emulator so I admit I never played it much. I do like trying systems I never had as a kid (eg SNES, NES, PC engine) and trying those games just personally I don’t feel the urge to try anything on the Jag. Tried some games at retro shows on the Jag and wasn’t blown away much. One of those systems I think you needed to try back in the day.
Top

Ramble on a bit? A lot. There's so much walls of text at tangents I gave up after the first few posts.

While I appreciate the effort that goes into the research, the final presentation lets you down.

Laird's stuff might be derivative and inaccurate, but it is readable and flows well.

You two ought to collaborate, there'd be a happy medium.

And fwiw, I do own a Jag and a few of its games. It a system I like, I almost invested in when new, but am ultimately glad I passed and waited for the PS1.
The Retro League - Where skill isn't an obstacle
Retrocanteen, home of the unfairly banned

^Yeah i agree theres a lot of ramblng in that thread ! I've seen threads like that before, get way too techy and that or OTT with some specific details which most people dont care about. At the end of the day does the system have decent games is what the majority are asking, yeah it has a few but it'll never go down in history as one of the top 20 consoles of all time due to the lack of quality games etc. One for real hardcore collectors only

I hope we dont have much Jag stuff in the future, doesnt deserve tons of coverage at all
Top

I won't go that far. Techy is good, and I'm more than happy to see well written Jag articles. Throwing random facts and arguments into a thread, not so much. It felt less like a celebration of Jaguar birthday, more like a Laird tear down.
The Retro League - Where skill isn't an obstacle
Retrocanteen, home of the unfairly banned

I'm only going by the inevitable ripping that follows any of your features. Personally, I can't be bothered with that level of fact checking, but there's pretty much always someone willing to invest the time into pulling your stuff apart. I've seen it too many times now.

That may be a personal thing, people having it in for you, it may not. I really don't much care what the reasons are. I've just come to expect that there may well be errors in articles.
The Retro League - Where skill isn't an obstacle
Retrocanteen, home of the unfairly banned

I don't believe there are any more errors in my articles than any others. There are certainly none that I know of in the Jaguar feature.

I do think that some people have approached it the wrong way though, it's not a history piece - we did that in the last Jaguar article 5 years ago. This is specifically looking at the extraordinary legacy it's left behind it as a failed system. The interviews were carefully chosen because of that. It was never going to be full of technical details, obscure facts and random stories.
My Digital Books | Laird's Lair | XEGS Podcast
Top

And I didn't suggest otherwise. You just have to suffer being picked up on them more often, and at great length.
The Retro League - Where skill isn't an obstacle
Retrocanteen, home of the unfairly banned