Muscle March for the Wii. Running as a Polar bear in speedos never gets old.
Top

Mind Control on on the C64. A forgotten budget game with poor graphics, painful sound and duff controls. Yet I still fire it up every so often and enjoy it. For about 5 minutes.

Harrier Attack on the Amstrad, First game I played on it and I spent hours on it.
Top

don't really have a guilty pleasure as such, outside the olde games i use for my sports competitions (another whole story)
and firing up the emulators

which you said naughty things about in 162, i have the evidence!

this was MY atic atak!

Probably be boring and say Metal Gear Solid as it never gets boring and is such a classic.

Older then that i'd say Sonic 3 And Knuckles as its always a good laugh.

Probably be boring and say Metal Gear Solid as it never gets boring and is such a classic.

Older then that i'd say Sonic 3 And Knuckles as its always a good laugh.


I don't think you quite grasped the concept of the thread.

Guilty pleasure, as in games you keep going back to despite them being a bit rubbish,
Top

Steve Davis Snooker on the C64

The music is rubbish and getting the angles right is a pain in the backside - but as this was the 1st snooker game I'd played, it holds that nostalgic sparkle!

I might actually load it up in a mo.
OFF TOPIC DISCUSSIONS - http://retrocanteen.boards.net/
Top

In secret, I like to play Pac-Land, a game that looks like it was drawn by a child. 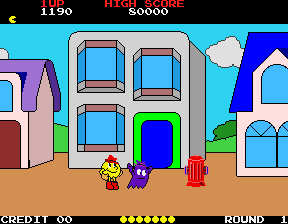 It's one of those "worst game of all time" games but I have a soft spot for Dark Castle on the Mega Drive.
Once you get used to the controls it can be a fun (if a little frustrating) time killer
Top

Maybe either Gods or Magic Pockets. I know these games have some kind of cult following, but I know both games are slow and have rubbish controls. I just love the visual style and all the secrets.