I went for Stop The Cavalry..

Only because it's the one i remember most from my childhood.

Theres so many classics its hard to choose one outright.

How can you leave this song out if it received airplay through the radio?

Did anyone like the Xmas 1986 song 'Join The Caravan Of Love' by the Housemartins?
Top

Nobody likes band aid mumo jumbo come on admit it, sadly missing off the list for whatever obsurd reason are, WHAM Last Christmas & East 17 Stay.
Top

But she did get back into the charts this week, thanks to downloads... 8 of the top 40 this week are Christmas songs.

I like the Fairytale of New York, especially the bit where they insult each other.

I'm already p1ssed off with Xmas songs. They've played them non-stop on our local radio station for the last week. Normally I'd just switch to another station but our work radio is so crap that it can only pick up the one station.

I don't see why they can't play the odd everyday song to break up all the Xmas ones.

Yesterday (Sat) I think they must have played every variation of White Christmas. Apart from the singers they're all the same song anyway! At this rate I'll be spending my Xmas in a padded cell somewhere.

I do (but that's only because I fancy Cascada

Now there's a group that's got everywhere but using the exact same musical backing track for each song and given a slightly altered number of words to sing to token blonde.
Yesterzine - The Literal Magazine Show
http://yesterzine.co.uk | @Yesterzine on Twitter | yesterzineshow@gmail.com
Top

Why the long face? It's nearly Christmas!

Why the long face? It's nearly Christmas!

Cascada comtemplating her future after being dissed by Dudley...

If you read carefully I didn't diss her at all. I don't believe she has anything to do with what she's given to sing, a job she does perfectly well.

Whoever is behind it may well be the laziest man in the world though.
Yesterzine - The Literal Magazine Show
http://yesterzine.co.uk | @Yesterzine on Twitter | yesterzineshow@gmail.com
Top

you are at the alter,
the music plays,
she walks up the aisle,
with her father Jimmy Hill 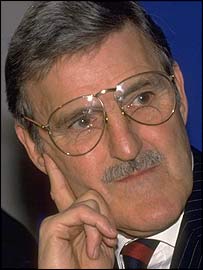