What grinds your gears ?

I know a few Scots that live up there (not including Ant) and they have told me they will move out of Scotland if the result is Yes. But they have also told me that there is no way it will happen! 10 days time we'll know. 10 days time, if its a yes, then Scotland won't have a clue what they are going to do for money - bartering and paying with pebbles will be a short term fix though

markopoloman wrote:if its a yes, then Scotland won't have a clue what they are going to do for money - bartering and paying with pebbles will be a short term fix though

jokes aside, What currency to you foresee an independent Scotland using?
OFF TOPIC DISCUSSIONS - http://retrocanteen.boards.net/
Top

I don't foresee an independent Scotland.

I'm hoping it's videogames. I'll be rich!
The Retro League - Where skill isn't an obstacle
Retrocanteen, home of the unfairly banned

Whatever happens, for the first few years it will certainly be Sterling. Personally I think it is extremely strange that the SNP is actively looking for an economic union. It flies in the face of what they are looking for. An economically dependent Scotland will find itself hamstrung on several self determination issues.

TBH no one is entirely sure how anything could be divided up satisfactorily. I know that the Scottish Govt is claiming 90% of the Oil fields in the North Sea. However, with all the investment that has been poured into the Oil fields, the rUK will be bargaining pretty hard to reclaim something in that area. It's not the sort of asset that any nation is going to just give up.

Even though I have no vote, I am keenly interested in what happens. The ramifications are pretty huge, and it will affect every single person in the UK if a yes is forthcoming.
Top

I really don't see how separatism can be a good thing. A lack of unity across the world is what causes so many problems/conflicts so cracking apart over here just doesn't sound beneficial.

Obviously - being in England - I don't have the chance to put a vote down but I would prefer us all to be in it together.

^ I've tied up all my assets into frying batter and Rab C. Nesbitt DVDs. 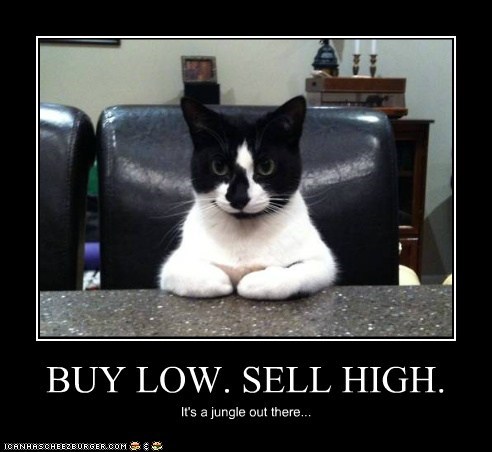 Should of gotten this

*The Nights of gaming * My inane prattle * Youtube page*
Top

Nemesis wrote:The Scottish referendum and the anti English tone of the whole affair. Was a staunch Unionist, but after seeing and hearing what's being said North of Border, Scotland can go it alone and take its racist views with them.

You've reminded me of something that does grind my gears. This isn't personal or aimed at you, lol, but I used to work in BBC Audience Services as a complaints sifter and the amount of people who'd say Have I Got News For You was racist because it had a joke about Scotland, or some Scottish comedian on The News Quiz was racist against the English by making a joke. Always bull, of course, and they were fine when the "other side" was having a joke made about them.

But what ground my gears is that it's not racist. They're not different races. If it was a joke like in these shows it was playing to a stereotype for comedic effect.

I can't see the split happening to be honest, but I can see it leading to a lot of discontent whatever happens. There have been some horrible comments made by the 'Yes' side and some terrible acts against politicians on the other side and that angers me - people who SAY they want to be treated fairly and want impartial coverage by the media but then don't want the other side to have their say fairly. But as disgusting as some of it has been, it's not racist.

It's not racist as in Black versus White but it's certainly extremely prejudiced. Jokes about home countries, I think are funny by and large. The English, Irish and Scotsman's jokes all revolve around stereotypes which I personally find amusing more than anything else. However, quips and jokes on a topical news programme are vastly different from the bile and abuse suffered by Scots who are pro unionist. You need to check out the video of that Labour MP getting abused on the BBC website to see the hatred in people's eyes.

Salmond has been stoking anti English feeling for a while now and as the polling gets closer the abuse is getting worse.
Oh and if you want to do little social experiments on our forum don't post about them on your own you plum - Darren@Retro Gamer
Top

Oh I completely agree, and in fact that same BBC video is exactly what I was referring to. It's vile. But dealing with people complaining every day, trying to make something like a quip on Have I Got News For You more serious than it is by calling it 'racist' was ludicrous, and took away from genuine racism.

As vile as those people in the news recently are, it's not racist but you're right in that it's extremely prejudiced! It's disgusting, and makes me wonder what it'll be like after the referendum if a No outcome happens!

Just heard about that story of those stupid women who met blokes on match.com and somehow gave them a ton of money, one about 125k !!!

These nigerian fraudsters (what a surprise !) conned these women but these women are SOO stupid they gave money to unlock these 'bonds' and other things. Thankfully these blokes got caught but how stupid and gullible are these women. I mean its the year 2014, surely even older women know about these frauds ? Obviously not it appears but how thick are people.
Top

I think they're just terribly lonely and vulnerable rather than stupid. These men are professional scammers, and are selling these women a dream. Everybody can be influenced to do something that you would normally never do. It just depends on the right circumstances, and perhaps a few kind words.
Usually they are building a "relationship" for many months, and getting these women to start to fall in love with their persona's. The money starts off in small amounts, not usually some great big hit in one go and builds progressively so that the victim doesn't realise how much has been lost.
The criminals are calculating, manipulative and experienced. It is entirely their responsibility, not the victim. Unfortunately, the first reaction of many people is "how could you be so stupid?". That's what keeps this under wraps. Victims feel ashamed, and do not want to humiliate themselves any more. So these criminals can move onto another mark, without getting nicked.
Blaming victims for any crime is a slippery path. Yes people make mistakes, but it is the criminal who takes advantage of that. They are the ones who need to change, or be locked up. If I accidentally leave my phone at the bar, what should be the response of someone who finds it?
Top

I think everyones gone PC mad. They may be lonely/'vulnerable' but surely you can say stupid as well. Excuses for everything nowadays.

I mean when you hear some of the money handed over surely these people must have a screw loose. Dont think we should feel sorry for people like this, its just utter stupidity. I know they start off slowly, make them fall for them and then come out with some small lies and then get bigger and bigger.

Again i think at some point you do have to say 'dont be stupid' !Leaving your phone at a bar is one thing, taking out about 125k to give to a complete stranger on the internet is something else. When i make a mistake i know i've been stupid

At 'least' these women thought they were falling for someone, the ones who are greedy and give money to a stranger thinking they'll get a share of 28 million dollars are greedy and stupid !

Saying that reading this...

<------------- This winds me up. I thinks its the epitome of all that is condescending and uptight.
STUFF WANTED:
Sega 32X
Sega Megadrive, Japanese, mark 1
Sega Megadrive II
Top
Post Reply
9642 posts