lanky316 wrote:Sledging is perfectly fine and so it should be, if a grown man can't handle a "your mum" line he has issues as far as I'm concerned. It's like the Campbell incident last year with "abusive chanting" which got thrown out of court. Let's not turn football into a silent sport, mind you Old Trafford or Stamford Bridge on a bad day....

I thought it didnt get thrown out. One of my old schoolmates was one of the blokes caught on CCTV and hes been banned from going to Spurs games and got a fine and was named and shamed. At school he was a top bloke, i knew he loved his Spurs but doing racist chanting (Which him and a few others did apparently) is pathetic, havent seen him for about 10 years but its crap what he did. Glad he got banned. It wasnt just 'your mum....' type lines, a ton of it was racist stuff.

Spurs banned them on the grounds that being arrested contravenes terms and conditions of the season ticket. However when it went to court as most were there on the grounds of singing "You can stick your Sol Campbell up your arse/ Because we've got Ledley at the back" to the tune of She'll be coming round the mountain.


Yesterday we had a full re-trial at Portsmouth Crown Court in front of the most senior judge in Hampshire, but I was quite surprised no media was present. The prosecution showed their evidence, to which the judge said "Is that it". We asked for immediate dismissal of the case (before we even had the chance to put our defence case) and after 2 minutes of deliberation the judge that came back and said, "Not guilty, no case to answer and that is totally unanimous of us all and you can tell by the time it it took it was not a hard decision". The judge then ripped into the CPS that this had been brought into his courtroom, and even been tried in the first case.

All costs have been awarded to me, football banning orders lifted etc.

Of course at the retrial the media decided not to actually publish everyone had been aquitted for it. Mainly because, none of it was racist, unless of course you're in the "I'd never heard of this song until this game" camp in which case you're going off the Mail campaign. As for your last bit, I'll remind you that George Graham was ultimately sacked purely for being an "Arsenal man" and never won over a large bulk of the fan base despite winning a rare trophy.

cruachan wrote: Holy F**k, did you just put all that on a public forum? Whats wrong with you, have you been banned yet?

OK I just read over the post that you are referring to, some of it's pretty embarrassing & childish, but banned? What for exactly? If putting a few childish gifs in a post is a banning offence there'd be very few people left on the internet.


cruachan wrote:"the entire Irish nation were laughing their ballix off when Maradonna scored in '86, in fact they still sell t-shirts with the incident on them."

Whaaaaaaaaaaaaaat????????? That is stupid lie and I've never seen a t-shirt like that before.
Either way, bringing up the political stuff is so stupid especially on a video games forum.

I must have imagined seeing these around then... 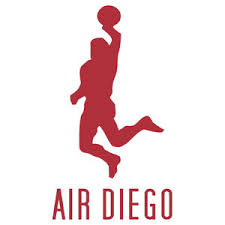 To be honest it's probably more of a Scottish thing but I do remember them taking the piss on RTE back in the day.

As for the political stuff? What's political? I was just giving my honest view. I HAVE had abuse from NI based ROI fans, I didn't like it & therefore have no sympathy for them. I also lived in Dublin for a year & obviously met many southern based ROI fans that were fantastic lads & as I mentioned for them I feel genuinely sorry. Not political, just an observation.

I am also relieved that I won't have to hear about the exploits of a team I don't support at the WC - what's political about that? I don't see people claiming people should be banned for not wanting Portugal & Argentina at the WC.

Anyway I do agree that politics should be kept out of sport & retro gaming - the last thing I want to do is cause offence & fall out with people on this board so I'm sorry if I caused offence & openly retract anything deemed over the top.

I was talking about the comment you made about "The Republic" and people referring to Ireland as "Ireland". I have my views on that, you have yours. Lets leave them out of a video games forum......but I'll take you up on that pint

Aha, no probs, for me it's more of a if the team are "Ireland" then that means the team I support cease to be.

It was meant more in a footballing rather than a political context - that's a debate I avoid like the plague.

It's more of a "we exist too" kind of thing, but my post did make me sound like a bit of a dick.

Still the offer of a pint is a genuine one & I shall look forward to it.

.... now, where is my Henry Effigy to set alight