Off to Australia, need your help!

Off to Australia, need your help!

So im off to Australia next Tuesday for a 3 week holiday and have been researching what to do.

When you look online it gives you all the usual touristy stuff to do and we have booked to do some of it ie. in Sydney eat at the Opera house, Harbour bridge climb, surfing on Bondi. But i want to know if anyone who has been (or knows someone) has done something or visited somewhere that isnt well known but was worth seeing/doing?

Im flying to Perth on the 13th for 5 days, then flying to Melbourne for 5 days, Then Flying To Canberra for 1 night im driving to Sydney and spending the rest of the holiday there. 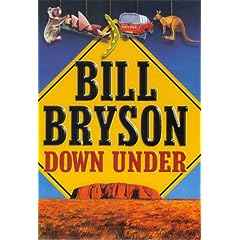 I bought this before I was planning to go - it all fell apart and I didn't go, but there's some interesting sounding things from what I've read here. Yep.
It's 1p on Amazon at the moment!
My comics blog (mostly lesser-known UK stuff from the 80s and 90s)

don't forget to mention the ashes. lots.
For retro news, full articles, retrospectives and a gallery of my work check out http://wizwords.net/
Wizwords on Twitter: https://twitter.com/Wizwords
and Facebook: https://www.facebook.com/wizwords
Top

The only touristy thing i did was the Opera House tour which i can recommend. What i don't recommend is that when the guide talks about Sydney Harbour bridge, you say "of course it's only a copy of our Tyne bridge" like one particularly smug, embarrasing english woman did.
i found out afterwards that the concert hall and the Opera Hall were swapped over, despite the accoustics being designed specifically for each purpose (the government didn't think enough people would want to see opera). Unfortunately i didn't hear this until afterwards so don't forget to ask the guide and really censored him off.

Sydney is great. if you like beaches, you should go up to north sydney and see the "summer bay" beach. Not for the Home and Away connections, just because it's beautiful and there was about six people on it when we went.
Top

Joey wrote:Im flying to Perth on the 13th for 5 days, then flying to Melbourne for 5 days, Then Flying To Canberra for 1 night im driving to Sydney and spending the rest of the holiday there.

Are you planning to travel anywhere other than the cities listed? Ayers Rock and the Barrier Reef are two popular attractions, but they aren't anywhere near the places you've listed.

The Blue Mountains are near Sydney. You could take a day trip to see them (depending on if you're into ogling escarpments).

Also Jenolan caves are worth a look. You might be able to squeeze that into a day trip to the Blue Mountains (they're in roughly the same area), or you might want to make it a separate trip. Sydney obviously has some decent beaches... Bondi beach and Manly beach are two popular ones, but there are plenty... if you're not planning to visit the Gold Coast, then you might as well visit a Sydney beach (edit: Oh, I see you're already going to Bondi). If you want to just get a nice feel for the harbour (which is pretty much the main attraction of the city itself), go to Circular Quay and stroll alongside the harbour until you get to the Opera House. Then if you keep going you'll be getting into the Botanic gardens area, so if you still feel like walking, you can stroll along with harbour on one side and the parks/gardens on the other. Also, you might as well jump on one of the harbour cruises - Captain Cook cruises are the main provider. They run a heap of services every day. Check them out here. Even a fairly quick cheapie like the Harbour Express or the Harbour Highlights would be enough to wet your whistle (I don't think you even need to bother booking for those - I'm pretty sure I didn't when I went on one some years ago - so they could be handy if you find you have a couple of hours to kill). If you're really keen, it could be worthwhile booking an actual sailing trip on the harbour. I did that once and it was surprisingly fun. But we needed a group of at least six people (or 8 or something, can't remember) in the group, as the captain actually puts you to work winding spinnakers and whatnot. Then you drink cheap champagne and try not fall overboard.

If you ran out of things to do in Sydney, you could catch the train up to Newcastle (about a 2hr 45min trip). It passes through some fairly scenic areas along the way (as well as some pretty typical bushland). Then at Newcastle you could check out some nice beaches. They also have vineyards and stuff up that way, if you're into that. But I wouldn't necessarily advise busting a gut to get to Newcastle if you still have things you want to do in Sydney.

When you're in Melbourne, it would be worthwhile to take a day trip along the great ocean road and check out the twelve apostles. If you go with one of those little tour operator kind of deals, they'll most likely stop off at a few interesting spots along the way there - look for some Koalas, go to a wildlife place to hold a wombat, that kind of thing.

Canberra is pretty boring. They maybe have some... I dunno... nice parks, or flower gardens or something.

Perth - never been there. But they're bound to have some impressive beaches. Bound to be some kind of wilderness/wildlife tours that head inland a little as well - though I don't think you'd get to the true outback on a day trip, you might be able to get a taste of it (and you probably only need a little taste). They'd probably have some good tours heading up the coast too.
Last edited by Emperor Fossil on Wed Oct 07, 2009 7:53 pm, edited 13 times in total.
Top

A lot of people dislike Canberra but we liked it. Do a bush walk up the hill to the telstra tower at the top. Not that steep and has great views with a feeling of being in the bush while still being near the city.

In Melbourne take a tram ride to St Kilda and ride the oldest, bumpiest roller coaster in the world at Luna Park.

miner2049er wrote:has great views with a feeling of being in the bush while still being near the city.

Travel about 30mins to 1hr out of any Australian city and you'll get that.

OK, be sure not to listen to this guy.

Visit Sydney for your "War Of The Worlds" fix..

Wow thanks for all that info guys. We'd love to visit the Barrier reef and that area but with only having less than a week in each city I don't think we would be able to fit anywhere else in.

Were only going to Canberra to visit the national war memorial hence staying for just one night then driving on.

Ahhh you and me both. I've been using Trip Advisor too to help out as well as my Lonely Planet book. I go on the 1st November.
Although I think i may have to get that book TwoHeaded book recommended!

Where are you stopping off at? Are you going to Singapore like me by chance?

Oh and my mates are going to lend me their car (eep) any ideas where i could goto for my 2 week trip if i get bored of Sydney?...
Enjoy your death

andyjfletch wrote: Where are you stopping off at? Are you going to Singapore like me by chance?


Yea only stopping for the refuel though, again with the short time we have we didnt want to waste another day stopping overnight there. I take it your flying with Qantas then?

andyjfletch wrote: Where are you stopping off at? Are you going to Singapore like me by chance?


Yea only stopping for the refuel though, again with the short time we have we didnt want to waste another day stopping overnight there. I take it your flying with Qantas then?

Nein - Singapore Airlines (5 star apparently)
I'm going there with a view to living there with a working Visa if i like it. Are you doing the same or is it purely a holiday?
Enjoy your death

If you don't know already, and have not seen the Melbourne Museum sites might be worth having a look at:

Luna Park is worth a look at along St. Kilda Beach
http://www.lunapark.com.au/

Maybe a tour of the MCG (Melbourne Cricket Ground)
http://www.mcg.org.au/Tours/The%20MCG%20Tour.aspx

You could spend a couple of hours at the Old Melbourne Gaol where Ned Kelly met his demise:

Head up the Rialto Tower and have a slash on a glass wall overlooking Melbourne.

Healesville Sanctuary is about an hour or so out of the city:
http://www.zoo.org.au/

That is about all I can think of at the moment:

Not a lot of retro goodness in the stores that I recall. These might be your best options even if to look at some of the stupid prices they want.

My Brother used to live near Bondi. I think he spent most of the time surfing