by rocky1980
So I was in an HMV today, and I saw people buying CD's. For some reason I found it very strange ! HMV feels like a time wrap to the late 90's / early 2000's. I cant think the last time I bought a CD, they have been on sale in the UK for 35 years now, its crazy to think. My car does not even have a Cd player, it came with a DAB / link to mp'3 player 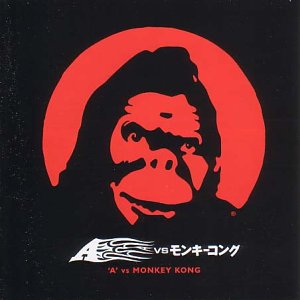 by The Laird
I don't think I've bought a CD for over 10 years!

by English Invader
There is still a niche group of people who want a physical collection but don't want to spend £20 on a record that will degrade every time they listen to it. A CD is also desirable to digital freedom fighters who want control over the music they listen to instead of leaving that control in the hands of a company that could remove the music at any time.

Thanks I will give at a watch. I can see the end coming for them also

by RetroBob
When I buy music which isn't very often, I definitely buy CDs (not CD's though

by jdanddiet
Most charity shops sell cds for 50p now so I often have a browse and pick up the odd gem. Think last one I bought was guardians of the galaxy 2 soundtrack last year

by oldtimer
I took a load of CDs and DVDs to a local charity shop today , but I do still buy the odd CD but def still buy DVDs

by Matt_B
Things have improved a lot on the digital music front now that you can get most music as lossless flac files without any DRM attached, and stream them pretty much anywhere.

Still, it's not like there are any serious downsides to CDs since, once you've ripped them, you can do the same. And yes, unless you're looking for rare ones that are out of print, they're usually cheaper too.

by NickThorpe
I can't make the move away from CD just yet, let alone owning my music.

by psj3809
I still buy CD's from my favourite band but i also buy digital copies as well.

Rip lots of my old CD's and still make a compilation CD in the car. Second i get a car with an mp3 lead for my phone i'll probably abandon CD's altogether. Same for DVD's, do most things digitally now

by dste
I used to buy tons of CD's when growing up, both albums and singles, and still own the majority of them but these days I barely buy a CD a year. I still pick up the latest ones from by favourite bands like Metallica and Deftones but even with some of my favourite bands I wait to get them on the cheap.

Due to time restrictions I cannot remember the last time I listened to a CD from beginning to end and especially with putting music on a USB and Youtube where it's single songs rather than albums which limits listening from start to finish.
All times are UTC-05:00
Page 1 of 5
Powered by phpBB® Forum Software © phpBB Limited
https://www.phpbb.com/