NiGHTS into Dreams on PS2

Page 3 of 4
by C=Style
Ugly to you maybe, but to people who still play NiGHTS it doesn't look ugly at all.In fact it's quite beautiful.
by Bub&Bob
Never played it. In fact, never even heard of it until it was on the cover of the magazine - Which spoiled the cover for me. Being selfish, I wanted a cool xmas cover with something retro retro!!
by C=Style
Man, I love the cover of the new Retro Gamer, the artwork is exceptional! puts all the other gaming mags on the shelf to shame.
by Kaede
Screenies below, looks nicer than the original but the draw distance doesn't look paticularly improved. 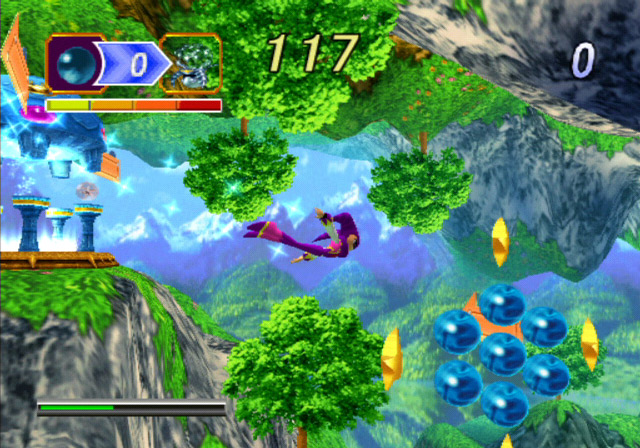 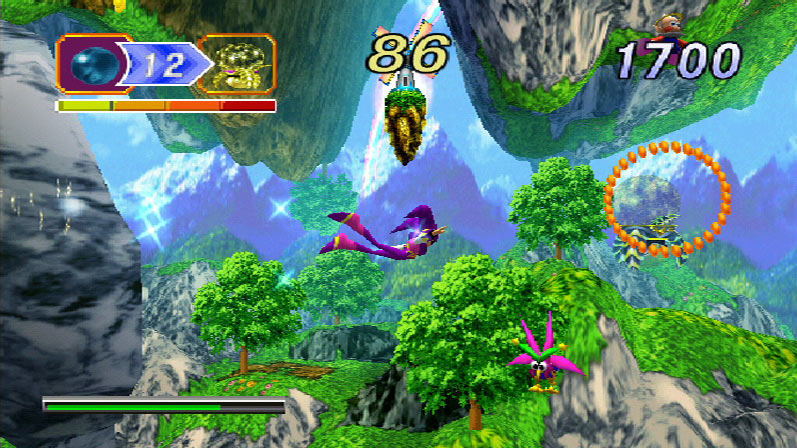 Official site is now up:

by C=Style
As I suspected it's lacking a lot of the intense bright colour of the original, I just don't think the PS2's palette is up to the job myself.
by Dudley
Modern machines don't have a "palette" though.
by C=Style
Well, wotever I'm not into all that tech censored. You know what I mean when you play Mario Sunshine on the GC, those really bright, brilliant colour's that the GC displays, kinda similar to the Saturn in that regard. The PS2 never had a colourful game like that.

Some of those games on the other Sega Ages pack's lacks the original Sega colour too.

You might think I'm just picking holes for the sake of it, but those screenshots look super ugly to me.
by Frank Chickens
And also, which moron thought it was a good idea for Nights to speak? She sounds like a twelve year old schoolgirl from Surrey.
by Kaede

C=Style wrote:As I suspected it's lacking a lot of the intense bright colour of the original, I just don't think the PS2's palette is up to the job myself.

There's something wrong with your monitor.


Frank Chickens wrote:And also, which moron thought it was a good idea for Nights to speak? She sounds like a twelve year old schoolgirl from Surrey.

Agreed. Although, this is a remake of the original so none of that bollocks should appear in this version.
by rossi46
Man, despite my better judgement, those screenies look amazing.

Is the game identical to the Saturn version, but with up do date visuals?

Or are there new levels?
by Kaede

rossi46 wrote: Is the game identical to the Saturn version, but with up do date visuals?

Yep, that's exactly it. There are extras in the form of gallery options and Christmas NiGHTS is included as an unlockable but there are no new levels.

by rossi46
**Sighs heavily while reaching for credit card**

Is nothing sacred, Sega?

What next - a mobile phone version of PD Saga?

You premonition has proved nearly correct in that Virtua Fighter 2 is now on mobile phone!
by C=Style
Yeah but that's not the same as it will be crap by default, as it's on a mobile. All mobile gaming sucks, certainly not a game so technical as VF2 would work on a crappy mobile.
by Devin
Goodie Gum Drops! A proper thread about Nights, but I'm surprised no one is gushing about this excellent port already!

I've been an acting crash test dummy and fired up a method to get this baby working on a UK PS2 without screwing up your console with modchips. Just read this thread, yes click right on these words here! Scan down the page for my useful tips and tricks. It's a really lavish port and even has an original 'Saturn Mode' that you can compare and play against the superior redux of Nights more suited to the PS2's capabilities. Many of the words are in English so it's easy to get into this game and use a little guesswork for the limited Japanese that is displayed. Otherwise, welcome again to your old sore left thumb from over use of the analogue joystick whilst you glide through the air!

I really hope some of you peeps try this game, can't recommend it enough. It's the definitive version, apparently you can unlock 'Christmas Nights' as well, bonus!
All times are UTC-05:00
Page 3 of 4
Powered by phpBB® Forum Software © phpBB Limited
https://www.phpbb.com/