To be honest my favorates probably arn't technicaly the best games on the system:

Gorf, Omega Race (play it with paddles), Radar Rat Race, Arcadia (although it's a bit solid), and The Perls of Willy, oh and not forgetting Mole Attack

My 'best games on the VIC' list wouldn't be the same as my 'favorates' list.
I would say: Jet Pack, Perils of Willy, Matrix, LazerZone, jelly monsters, Chariot Race, and Villan are technicaly amongst the best.

I think Star Battle was the most fun Space Invaders type game, although Alien Blits was probably the best/closest/most accomplished version for the VIC.

I'm still a bit of a VIC fan...
Why not visit my ramblings at Garry's Gaming Blog
Top

Funny, I do not know the majority of the titles mentioned here. I was a kid when I played Vic20 games and still remember the more graphical advanced titles:
Fast Eddie: Always have a soft spot for this ancient platform title.
Video Mania:This game stands out because it has a titletune.
Rat Hotel: Anyone knows this game? You play a rat who must escape a rat catcher by escaping from a hotel using elevators. Incredibly detailed graphics for a Vic game.
Top

Ones that immediately spring to mind for me would be:

Jet Pac (the best version IMHO)
Bongo
Rockman
Perils Of Willy
Anything by Jeff Minter(!)
Gorf
All of the Scott Adams adventures

My favoure games were New York Blitz, Omega Race, Hunchback, The Count, Buck Rogers:Planet Of Zoom and it was also the first system I played Asteroids on! 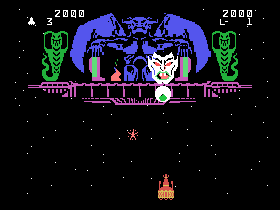 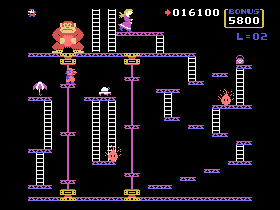 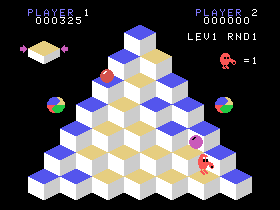 VIC20 to the left, ti99/4a to the right.
top to bottom-Demon Attack, Donkey Kong and Q*Bert.
A fair comparison as both machines hit the market in the same year.
Top

Are they really comparable? The Ti-99/4a was more powerful even though it was about the same age.

Would love to see more VIC20 and a big article on the Ti-99/4a
OFF TOPIC DISCUSSIONS - http://retrocanteen.boards.net/
Top

Did anyone ever play Subspace Striker?

I remember playing this on my cousin's VIC-20 many, many years ago and really enjoying it. So much so in fact, that I bought a VIC-20 a few months back at a car boot sale, purely for the purposes of finding the game at some point and playing it again. (Actually, I'd have bought the VIC-20 anyway as I like 'saving' old systems whenever I see them, but playing Subspace Striker again certainly held a lot of appeal)!

However, when I got the machine home and did a bit of research, I found that I think you need a memory expansion in order to play that and a number of other games.

If I remember correctly, Subspace Striker was a sort of spacey equivalent of sub hunt, with some huge and colourful graphics of the ships you were trying to destroy. I remember being impressed with it anyway.

Just had a go of Subspace Striker via Gamebase. I'd never played it before, I found it a bit confusing. Nice graphics though