The bald psycho from Altered Beast: 'Welcome to your doom!'.

He changed into an eyeball flower and a head-tossing doggy. Wins on sheer imagination.

Get your own Gamercard Sig.
Top

Oh yeah, the guy with the white coat in Michael Jackson's Moonwalker always raised a smile.

"Ha Ha! You'll Never Catch Me!" He shouted as he casually walked right in front of you, and then off-screen.

That skeleton-like boss at the end of level 2 in Disposable Hero. Scared me first time round, with it's laser-firing eyes and blisteringly fast movement! It would later then breathe fire at your ship! Nice!

"And I've got a little TIP for you. Get the POINT?" - Guybrush Threepwood
Top

Mr Big in NARC. Wrong on so many levels! Is that what happens when you take drugs?

The bomb-throwing rat with sunglasses in Super Mario Bros. 2 is not only my favorite boss, but also my own personal representation of '80s pop culture in general. It sticks out to such a great extent that my girlfriend and I find a way to interject "rat with sunglasses" into our lexicon as much as possible: "Rat with sunglasses!" Nice to see a man happy with his work lol.

Emerald Weapon, for the smug feeling you get when its finally dead.

And the dragon from Level 6 in Rastan, twas a big screen filling dragon. Impressive in its day.
Top

Viewtiful Joe had a few good un's. Gran Bruce for being hilariously stupid and Hulk Davidson for his Mr T style banter ^_^

Some great images of the characters in this link.

I really enjoyed the fight with Twinrova in Zelda:OoT. Really great fight especially when they both merged ^_^ 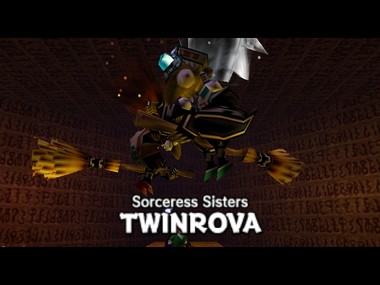 Banjo Kazooie - That final battle with Grunty was fantastic, especially when the jinjos came in to help!
Top
Post Reply
26 posts