Movies that never got games

Starship Troopers did get the videogame treatment, but as often the case it wasn't very good, a rather bland FPS.
The Retro League - Where skill isn't an obstacle
Retrocanteen, home of the unfairly banned

Never knew that but then i don't really look at FPS games - I would see it as a possible FPS/Rebelstar style combination and maybe even a bit of Combat School/Decthlon style training.

shiftytigger wrote: ↑
Fri Mar 30, 2018 9:55 am
I've been waiting for a day off to mull this one over more because I have often thought that some films really do lend themselves to games quite well , yet some seem to fall by the wayside. Perhaps for the best given the technology at the time - however some would look good these days.

Commando - agreed on this one , wouldnt need to be the same as the Capcom game.

Starship Troopers - when first released maybe not but newer machines maybe more suited. Start off as a new recruit including training etc and then into some serious alien busting.

Princess Bride - I had heard about a recent-ish attempt but this would have been ripe for multi genre fun.

Hellraiser / Candyman - I had a great idea for a horror game and these two stuck out particularly. The idea would never take off as the licensing would be a nightmare (on elm street)

Labyrinth - maybe the child in me more than the adult but something akin to a multi genre style game would have been great.

There is a Labyrinth game for the C64, and mighty fine it is too - and it IS multi-genre (it's not a text adventure all the way through!) Amazing graphics , subtle music and interesting gameplay
Mr Flibble says...
"Game over , boys!"
Top

Think that these would have made great Movie tie-ins on the Speccy...
Press Play On Tape
Top

There are loads of Van Damme films that should have got games, this would have been a perfect Double Dragon style beat 'em up: 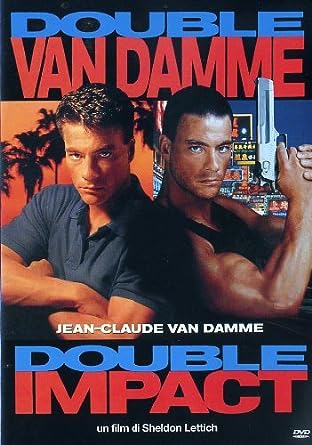 When I was really young I was impressed by Rambo First Blood: Part 2 on the C64, I wondered how the original Rambo would play. I hunted for that game for many years until The Internet told me it was never released.

By the way, Suburban Commando was released on C64 and Amiga by Zeppelin:

outdated_gamer wrote: ↑
Fri Mar 16, 2018 10:53 pm
Not necessarily a movie (there's comics too), but I think we never saw a good Superman game. Jurassic Park also seems to be lacking good games - I liked the MD one but it wasn't exactly brilliant. There's some interesting dino survival sims for PC though, "Saurian", "The Isle", etc.

There are three on PS2. Superman Returns is probably the best of these, i like it anyway. There's also Shadow of Apokolips and Superman is in Justice League Heroes though he doesn't have the ability to fly free in this.
Plenty of cool Dino games on PC, Lego Jurassic World fits the Jurassic Park request, though i've not played Jurassic Park: The Game. The PC weird FPS Trespasser was developed as a sequel to the 2nd JP film: The Lost World.

There was a 2004 game on PS2/PC, also a 2007 game on PS3/X360, both called Conan. Also there's the more recent Age of Conan MMO on PC. The movies and the games are all based on the literary character so IMO they count even if they don't follow any of the Conan movie storylines.


shiftytigger wrote: ↑
Fri Mar 30, 2018 9:55 am
Starship Troopers - when first released maybe not but newer machines maybe more suited. Start off as a new recruit including training etc and then into some serious alien busting.

PC had an FPS which was awesome if one could get it to work properly. There was also an RTS game called Terran Ascendancy, but i haven't played that. Nevertheless the Global Defence Force series of games hit all the sweet spots of battling giant bugs.
--

I can't really think of any movies that would require a game of a style that hasn't already been done. I guess something like "Knowing" would be quite cool, if it took the ideas from the film but made its own puzzles and mystery from the idea. But then how could the game finish any differently to the movie? Would there be a version where you win and avert disaster?
I bet Waterworld has had a game or two, too! Even if it hadn't, what could it be other than something that's already been done? An open world ocean trading game... like Elite but on Earth. No point.
Interstellar's been done kinda: The X series. What about Cloverfield? What kind of game would that be? A Survival Horror perhaps? I wouldn't play it though, games whose sole tool of mistrust is "it's dark", don't interest me.
Oooh i've got one: Maximum Overdrive. Though i bet there's a GTA mod/cheat out there which means every vehicle is trying to kill you!
No, i'm not angry. That's just how i write.
Top

30 Days of Night. I'd be into that. A survival game in the cold where you have to survive for a month while vamps outside absolutely wreck you if they see you. That'd be good. Loved the film, even if the main baddie looked a bit like the singer out of Pet Shop Boys.

I reckon The Lawnmower Man would be a great one to make on VR. It came out on PC and was horrid, but in VR could be more in tune with the movie.. could be a good one if done properly!
Top
Post Reply
55 posts