by ALK
Still have my order with Game but again, just that uncertainty if that'll still be the case come release week if they don't get enough in.

Recent videos have shown some new features like a selection of borders and the ability to rewind your current progress.

by Mayhem
My pre-order is still very much alive with Argos heh...

by dste
Really looking forward to receiving mine.

Currently have two on pre-order to be on the safe side, one with Smyths (click and collect) and the other with Argos (home delivery).

by ALK
The stock is not only now continuing into 2018, but they're bringing back the NES Mini next summer!

by binaryRooster
Mine's on it's way from Smyths - which is a relief as i've just cancelled my back up order from Game. I'm really hoping they've included all the unnecessary additional memory that the Mini Nes had.

by ALK
Game sent a few emails, first saying they'll charge my card soon then that my order was being processed. Sounding good so far...

by gunbladelad
I couldn't even get a pre-order in anywhere. I'm going to have to wait until somewhere has it in stock - and that's not likely any time soon...

by binaryRooster
So apparently the internal structure of the mini SNES is almost identical to the mini NES, meaning it may already work with the existing hacking software. Does anyone else intend to add some more games or will you keep it as nature intended?

by jdanddiet
Mine has been despatched according to Tesco...let's see!

by ALK
Dispatched according to Game, with delivery date for tomorrow. Fingers crossed.

by Greyfox
Amazingly the Star Fox 2 rom has now being dumped already, played earlier on..a very nice bonus and in theory a brand new Nintendo SNES game over 20 years which is brilliant. I will probably backup the original 30 games attached and add the additional roms via the hack, and want to see what all the other FX chip games play like on this hardware.

by dste
Mine is on it's way from Argos and I have a second that is ready to collect from midnight.

One of my friends received his today.

by samhain81
So I went from having three preorders with no garauntee they will be fulfilled to having all 3 fulfilled.

That's my two brothers Christmas pressies sorted. Will be nostalgia overload this holiday

by batman877
Mine has arrived! Couldn't be happier with it!!! 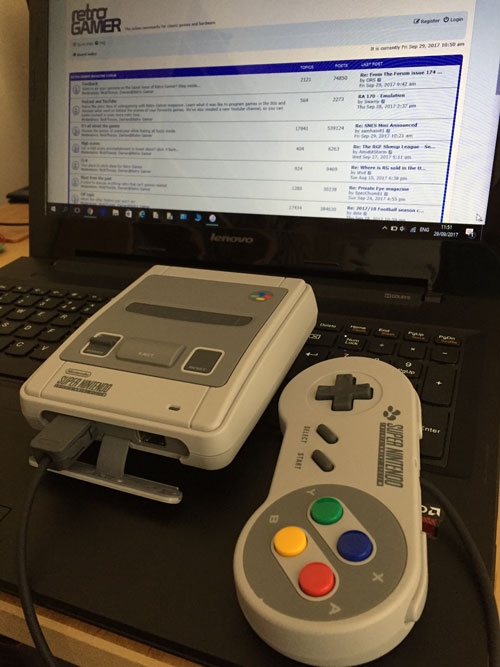