The pushbike in Magic Pockets, indestructible while riding it but I didn't enjoy having to hammer the fire button to make it move though.
Top

The Stunt Car in Stunt Car Racer on the Amiga, that car could take a beating!

The Batmobile in Batman on the Amiga, firing out the grapple hook to help it corner!

The 'Porsche 928' that's not a Porsche 928 in Chase HQ, just because its a cool car! And if only all cars had a slow and fast gearbox setting!

I quite liked the motorbikes on 'No Second Prize' on the Amiga too, even if I only ever played the demo version back in the day...
Its small, its fast, its just gone past! www.clublupo.co.uk


its not a proper job, and you can never go too far
Top

if talking purely fictional ,the titan from battlefield 2142, a whole gameplay mode was based around it; http://battlefield.wikia.com/wiki/Titan_(Game_Mode) quite creative in how they came up with the various stages for bringing down the titan and the final stage where you are either infiltrating or defending on board the titan,it was great fun and very frantic.

i'm sure there are loads of other ones, this is the main one that jumps out at me though (possibly because I have been playing bf1 a lot recently)
Top

The unicycle in Plok....

The Metal Slug itself.
Metal Gear Rex in MGS4.
The Honda motorcycle in FF7.
The Hammmerhead in Mass Effect 2 (anything beats the Mako)
The Surfboard in Shonobi 3.
Earthworm Jims spaceship (for lack of a better word)
The vehicles out of Rollcage.
I quite enjoy my Magitek Reaper in FF14 (based on the FF6 one)

The Cobra Mk III spaceship in all the various incarnations of Elite. It was the best all rounder - perfectly balancing a fighter with a bit of cargo carrying capacity.

The Scorpion Tank in Halo. If you get lots of your fellow soldiers to ride on it - it is one hell of a alien slaughtering machine! The turret is pretty cool as well!

The Jeep in Mercs(on the second level) is pretty good. Although, it doesn't tend to last very long. It's usually good if you can get one person driving it and the other using the turret.

The Behmoth in Hostile Waters. Put a "Warhammer" artillery weapon on it, maybe a shield unit and then you have a lean mean building destroying machine.

The Lotus Esprit from Lotus Esprit Turbo Challenge. Had massive turbo lag(probably much like the real thing) and handled like a pig in the bends at full speed - but could be massive fun if you got it right around a race circuit.
Top

The ATV in Codies' ATV Simulator. 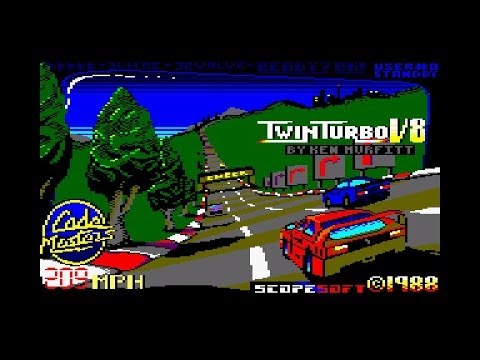 The game itself wasn't that good looking AGES in Sonic and Sega all Stars Racing Transformed.

It's a VMU that turns into the Daytona Hornet car on land, Afterburner plane in the air and a Dreamcast controller on the water.

You just can't compete with that.
I write for...

Check us out for news, reviews and features on the blackest of consoles.