Just discovered the delights of online Mario Kart play. With friends though, playing against random opponents means I get destroyed by a hail of fireballs, shells and so on.

Any other quality multiplayer games out there?
Top

Either way Smash Bros is the obvious one that springs to mind.

Overcooked is meant to be very good but I've not played it myself.

Bomerman, its not the best version (93, Saturn), but its the best modern one, 8 player local.
Smash Brothers, its not a great game, its a good party game
*The Nights of gaming *
My inane prattle * Youtube page* I also have arty stuff for sale *
Top

Some of my favourites so far on the Switch are multiplayer (local as I don't have online). Here are my early impressions of what I've played, single and multiplayer (favourites in bold):

Conduct Together - 8 - Crazy and difficult local multiplayer fun that cost <£1.

CrisTales - 7.5 - Played through the demo. A bit frustrating at times but looks intriguing. A great art-style.

Death Squared - 9.5 - I haven't played it single, but the local co-op is outstanding - perhaps the best I've played. Try and play it without communicating for ultimate difficulty, otherwise you'll need to talk. The voiceover can be annoying and is loud by default, but it can be turned down. One of those brilliantly surprising games that came out of nowhere for me.

Golf Story - 7.5 - A frustratingly long start, but pretty good once it gets going with some Earthbound-style humour and laugh out loud moments. Can still be annoying at times e.g. the graveyard level is just too weird and the rap battle that went on forever.

Gorogoa - 8 - Interesting and soothing but sometimes frustrating. I'm all for these unique kind of games though.

Hidden in Plain Sight - 8.5 - The best competitive local multiplayer since I first played Super Bomberman 2 in the 90s, and a game that pretty much anyone can play.

Human Fall Flat - 7 - The physics take some getting used to, but I think that's intentional and it makes for good fun multiplayer, if a bit repetitive and thinking "what's the point of this?"

Mario Kart 8 Deluxe - 8 - Remove the ink weapon and it'd be 9 - I struggle to see what's going on as it is. Some changes to the old tracks are disappointing. Otherwise top-class, as Mario Kart usually is. It's great to have the battle arenas back.

Submerged - 6.5 - Hmmm. If it's just collecting things to return, I'm not going to be that engaged. I like the look of the game and the opening was intriguing, so maybe I need to get into it more. It was pretty cheap.

Super Mario Odyssey - 8 - Inventive and fun, but some annoying controls and not a challenge I feel satisfied with yet. Nothing comes close to the magic of Mario 64, but I can't help comparing other 3D Mario games to it.

Super Smash Bros Ultimate - 8 - I'm not sure what, but something falls short compared to the Wii version. And it's annoying having separate profiles on the same console - having to copy levels between profiles, and usually I left my bro' to unlock all the levels.

Trials Rising - 8 - the one-player is great, very satisfying when things go smoothly. Multiplayer (not that I've played it much due to such other multiplayer excellence) just seems like a generic racer.

Yoshi's Crafted World - 6 - I love Yoshi's Island on the SNES, but Crafted World doesn't do much for me. Has it become more of a game for young children, without the challenge?

To play next:
To the Moon
Ni no Kuni
https://NotTheCakes.bandcamp.com
https://www.instagram.com/alexharford.uk
Top

Anyone got Fitness Boxing?

I picked it up in a sale a couple of weeks back and have been using it daily for about an hour. It's reasonably effective, I'm drenched in sweat by the end.

It does seem to be missing voice work for big chunks of text. Is it just my install, or is it always like this? In the exercise segments, the voices seem ok, but when it drops down to the end summaries and surrounding menu bits, there's big swathes of 'subtitle' text the trainer is supposedly saying, but they remain silent. It's a bit annoying and makes it feel cheap that they didn't record those few extra lines (assuming it isn't a bug).

I'm not sure why the devs would think less revealing clothes for my trainer is a reward either. Entertain me, gameify things more.
The Retro League - Where skill isn't an obstacle
Retrocanteen, home of the unfairly banned


Try Ring fit adventure, apparently its meant to be a solid workout, id get it, but yeah, money
*The Nights of gaming *
My inane prattle * Youtube page* I also have arty stuff for sale *
Top

Ring Fit Adventure looks like a stupid gimmick that will get old quickly, at a ridiculous price. Fitness Boxing was 20 quid and does what I want.
The Retro League - Where skill isn't an obstacle
Retrocanteen, home of the unfairly banned

Antiriad2097 wrote: ↑
Wed Sep 30, 2020 7:45 am
Ring Fit Adventure looks like a stupid gimmick that will get old quickly, at a ridiculous price. Fitness Boxing was 20 quid and does what I want.

Not really from what ive seen it has a ton of modes. It gives a full body workout, the more you put in the more it seems to give out

https://www.ign.com/wikis/ring-fit-adve ... Fit_Skills
*The Nights of gaming *
My inane prattle * Youtube page* I also have arty stuff for sale *
Top

It better not be another sodding Fire emblem character.

Anyway, Postal is on Switch, so that's a thing.

I remember them once saying that they couldn't fit extra Pokemon on the cart.
https://www.nintendolife.com/news/2020/ ... s_november 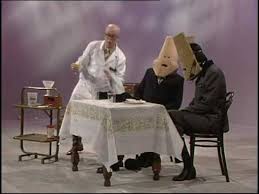 Even Fire Emblem fans think there are too many characters in Smash.

The problem is that, when each game has a cast of around fifty with very little reuse, there just isn't any one of them who you could pick out to represent the series as a whole. So they just keep adding new ones whenever a new game comes out while the rest get power crept.

https://www.eurogamer.net/articles/2020 ... aracter-is
Wut?
*The Nights of gaming *
My inane prattle * Youtube page* I also have arty stuff for sale *
Top

Disappointing for me as Minecraft holds appeal to me, but will probably please a lot of other gamer's so I understand the decision.
Pratty's trade list, updated (May 2019)!
viewtopic.php?f=19&t=54823
Top

pratty wrote: ↑
Thu Oct 01, 2020 1:30 pm
Disappointing for me as Minecraft holds appeal to me, but will probably please a lot of other gamer's so I understand the decision.

Not from what ive been seeing, just a lot of hate for another "Third party" character
Reaction videos aside as why would anybody watch that s**t?
*The Nights of gaming *
My inane prattle * Youtube page* I also have arty stuff for sale *
Top
Post Reply
1992 posts