The Jak 2/POP:WW effect - How do you feel about it?

The Jak 2/POP:WW effect - How do you feel about it?

So recently I've come across a topic on another site full of people talking about how in hindsight Jak 2 was in fact a terrible game that was ruined by the trends of the time. I personally liked Jak 2 back in the day but I have never wanted to play through it again wheres I've completed the original game 3 times and have it down as one of my favourite ps2 games. 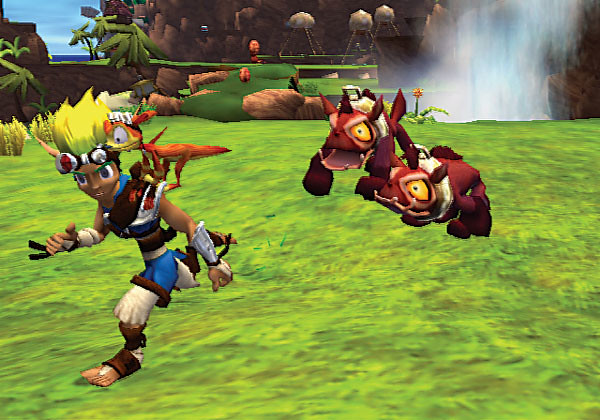 Jak 2 isn't the only game that got a dark sequel during the 2002-2005 period but it is the most notable.
One of the most infamous examples of this trend is of course the Prince of Persia: Warrior Within.
Now lets look at the Sands of Time for a second.

Now Sands of Time was a really brightly lit, well written, well paced game with good characterization and world design, everything in that game clicked and resulted in one of the most enjoyable games of the last generation.
The we get to Warrior Within: 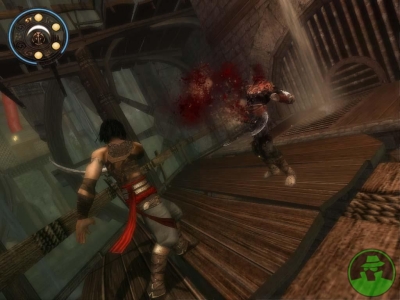 To it's credit Warrior Withing improved on the mechanics introduced in the sands of time but the complete tonal shift ruined the experience for a lot of people. The prince is no longer a spoil brat but an aggressive grunting death machine who goes around decapitating monsters and fighting women who dress like this.

Was this really a game that really needed to be made like this? Ubisoft realised they messed up because they had to try and do some back tracking in The Two Thrones and find a middle ground between the Sands of Time and Warrior Within.
I think Ben "Yahtzee" Croshaw of Zero Puncuation fame said it best. "Between them the three Sands of Time games have the ingredients of probably the best game ever and I don't say that lightly".

I think on a pure mechanics level Jak 2 and Prince of Persia: Warrior Within are both very good games but when you factor in everything else, like the story, the tone, the world design of the games. They just kinda sucked.
GameRoomDX- A youtube channel about video games.
GameRoomDX - The Blog. Updated regularly.
Top

Hmm...I've never played a PoP game before but I remember the magazines at the time questioning the direction of Warrior Within so it's a case of the publisher assuming that the audience wanted blood, drab tones and t*ts to all be more prominent rather than gamers asking for any of it. Saying that however, I was at school at the time it came out and nobody talked about Sands of Time but Warrior Within was one of the big games that Christmas that a lot of kids had and talked about so the direction must have worked? Pre-owned copies seem a lot more common than Sands of Time from my experience as well.

Retrospectively even I as a non-PoP player can tell which of the two games has likely aged the best and is better to return to.

I didn't like Jak 2 at the time, but I plan to rest it to see if I've changedy mind. It was such an unnecessary departure from the first game I didn't understand why they did it. But then, I don't understand why they parted ways with the Crash Bandicoot franchise either, Jak 1 could just as easily have been the next evolution of that series, and it would be remembered very, very fondly. Not that Jak isn't, it just feels like it's been forgotten about somewhat. Perhaps that's because of games 2&3 in the series, I dunno.
Top

It's been a while since i've layed POP:WW but I generally agree.

I think the 'harm' done is mostly just the abrupt shifts in tone in what is essentailly a trilogy. If you play them all in a row, WW seems out of step. I don't think there's anything wrong with the Prince maturing or even having a darker mood as his adventures become more serious, but it's how you create that. Mild swearing and out of place rock music was just trying too hard and drew attention to itself, and there's absolutely no subtlety in the trasnsition between games, it's like one extreme to the other. However the third game of the three was much better middle ground between the two extremes of SOT and WW, and what WW should have been like in my opinion.

I've probably been guity in the past in exaggerating my displeasure of the game, it's not a bad game. The gameplay of WW is just fine and in some aspects an improvement, it's just a shame your'e taken out of the game as you roll your eyes at some of the developers' choices.
Pratty's trade list, updated (May 2019)!
viewtopic.php?f=19&t=54823
Top
Post Reply
4 posts • Page 1 of 1