Android games that are not rubbish

Android games that are not rubbish

Heres a tricky one, Android games that are not total rip offs, money grabbing or cack (subject to opinion, but Angry birds is cack)
Avoiding emulators

Moonbase inc - Simcity on the moon, its still an alpha, but it looks promising and dont flash "YOU NEED MORE TIME" in your face. Sunk a lot of time into this and will support them when its finished

Zaxxon escape - Another "quick go" game and not to be played in public, unless you want to look like a prat, on the plus side, it makes a decent use of tablets sense of direction

Brave founteer - A lite RPG. Only downside is that you need to have a wireless connection to play it, to bad hackers spoil the arena side of things

Legends of yore - Theres quite a few roguelikes on Android, a lot are awful, this one how ever isnt, unless on hardcore mode its very easy

Touch Dungeon - Hard to explain, its a kinda Roguelike but you can only control the avatar's up or down he walks automatically on different lines.

anyone got some games they would like to add?
*The Nights of gaming *
My inane prattle * Youtube page* I also have arty stuff for sale *
Top

The one game I play near enough every day is this:

True Skate - A realistic-ish Skateboarding game where your fingers control the board in a similar sense as those Techdeck fingerboards you can buy
https://play.google.com/store/apps/deta ... .trueskate

It does take some getting used to the controls but once you have the basics it can get very addictive, having a basic knowledge of how tricks are performed in real life some what helps as well
Top

A fairly straight take on the SameGame formula but I CAN'T STOP PLAYING IT! IT'S EVIL!

Game Dev Story - Fantastic game, they have made may other games too, football themed, F1 racing, village and monster fighting, alien, all of them are fantastic.

but none will come close to Game Dev Story. give it a go, its great
Top

Drop 7
Dungeon Raid
Gridrunner
I am Level
Total Pool
Hundreds
Super Hexagon
You can follow me on Twitter https://twitter.com/DaveySloan
Sponsor Me http://www.justgiving.com/daveysloan2014

Slay must be mentioned!

It also fits in the retro theme somewhat as it has been going for years. The first version I bought was on my dell PDA back in the day before phones got useful!
Top

Last year I probably sunk more hours into New Star Soccer than any other game. It only cost £2 and I had hours and hours of fun working my way through the career mode. It was the very definition of a non-rubbish Android game.

Imagine my horror when I redownloaded it for my tablet only to find it's now gone free to play and is packed with in-app purchases. Want energy to allow you to play games? It costs. Want to move to another team? It costs. Want to hire a coach to improve your skills? It costs. Want to buy new boots? It costs. Don't want to be bombarded with ads? It costs. The worst part is, those who had previously paid full price for the game before it went FTP don't get all the features automatically switched on - we have to pay all over again. You'd think we'd at least get the ad-free version automatically even if we had to pay for everything else but no, sorry. There's profit to be had*.

I've uninstalled the game in sheer disgust and will never buy anything from those publishers ever again. This is a scandal on a par with Dungeon Keeper and has ruined one of my favourite Android games forever.

*Apparently if you previously had NSS installed on the device you're using it will detect the fact and automatically unlock the 'pro' version which removes ads and stops you having to pay for certain things like transfers. But if it's a new device or you had deleted and reinstalled there's nothing the devs can do. They say in an interview that they're looking into how they can resolve that but the interview is four months old and there's no sign of a fix yet.

doesn't swamp you with ads or iaps either. Going to try a few mentioned here, cheers chaps

I've got this on iOS and its an amazing 'homage' to the old classic Ultima IV. Combats real time which is good, theres a main storyline mission going on but lots of side quests. Huge world to explore, i played this a ton. Its a great game.

Bit old now but it set the bar when it came to huge non-linear RPG's on iOS/Android. A huge huge land to explore, tons of quests/sub-quests. It proves that mobile gaming isnt just crappy tilt/Angry Bird/Fruit Ninja rubbish. You can get some proper meaty games like this
Top

Lode Runner Classic is a really good port, works okay with touch screen controls and I did enjoy playing the Simon The Sorcerer reboot/port.
Top

Hill Climb Racing was probably my most played game of 2013, it's ridiculous: 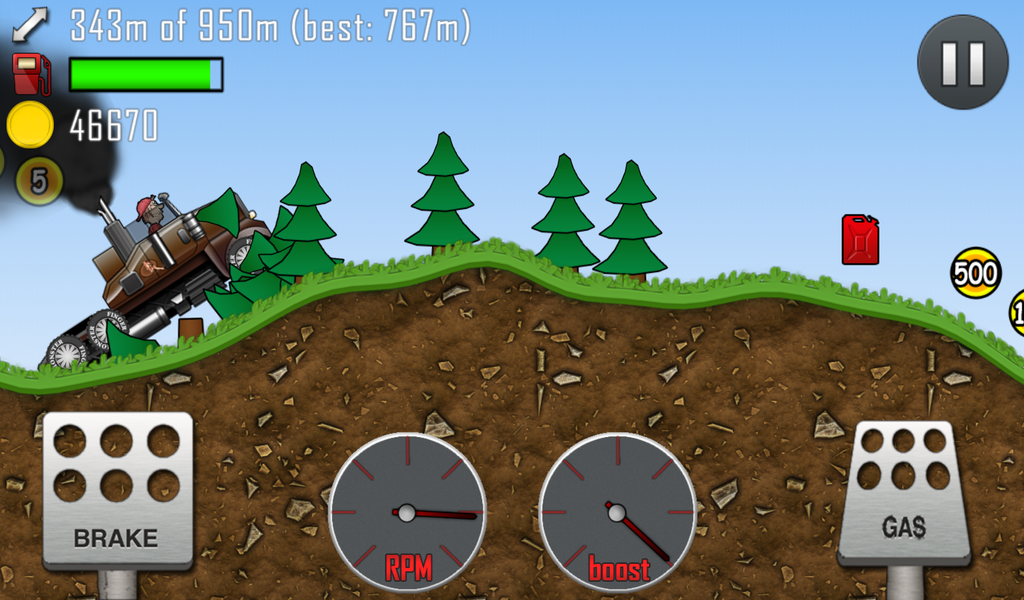 That jetpack one looks good!
My comics blog (mostly lesser-known UK stuff from the 80s and 90s)

Modern Combat 3 is a decent (if moderately old skool) FPS. Dumb AI, but looks good and the controls work well. Nothing new here, standard military stuff, but it does show that FPS can work on touch screen.

Galaxy on Fire 2 HD. Space trading/combat with a storyline you can follow. Properly free, IAPs are optional but wholly unnecessary. Played through the SD version on iOS, liked it so much I bought all the expansion packs once I'd completed it. Voice acting can be hokey, but otherwise its top notch for value.

Spelltower. Like word search tetris. Simple but addictive, this is my 'go to' toilet game on my phone, I've played games that have spanned weeks as I puzzle over the best word I can make.

Boggle. Its Boggle. On Android. Free to play, there's various modes to it, though I'll usually just pick the 3 minute 'find as many words as possible' mode.

Scrabble is free on Android, where its a paid for game on iOS.

Bard's Tale is a port of the PS2 game. Works well, I knocked a few hours in before I got bored. A bit hack and slashy, but it has wit. Got to a point where I couldn't be bothered grinding, otherwise I'd have played to completion.

Asphalt 7, like an old NFS game. Looks a little dated, but in the brief time I played it handles well once you tinker with the settings.

Riptide GP2. Jet ski racing game. Has IAPs, but there's some play to be had without them.

Smash Cops Heat. Your mileage may vary, but I liked this for the brief time I played it. Got old quickly, but fun while it lasts and a different take on controls that's worth a look.
The Retro League - Where skill isn't an obstacle
Retrocanteen, home of the unfairly banned

Ok its a port, but this type of game is ideal for touch screens

https://play.google.com/store/apps/deta ... iplayhaven
Ditto, but it works really well on a touch screen
*The Nights of gaming *
My inane prattle * Youtube page* I also have arty stuff for sale *
Top

Plays like a cross between Elite, Starfleet Academy and Wing Commander