I spotted Double Dragon 2 on XBLA about an hour ago, and was surprised by this sudden release of a game I loved as a kid, especially the NES version.

Initial doubts started to creep in when I saw the horrible - pre-PS2 era cover, with horrible CG characters and miserable colours. The second thing that filled me with dread was the description on the Xbox live website, which has to be read to be believed. The Engrish gibberish features such gems as:

"Also, characters are undressed from 80’s style, and recreated with modern sexy and beautiful style that amaze you and feel never been experienced world before."

Good lord. Did anyone make even the slightest effort with this?

Anyway, into the game and it is instantly clear this is not only one of the worst XBLA games I have ever seen, but an absolute insult to the franchise.

The graphics are ugly and absolutely devoid of any character or charm whatsoever. It looks like a badly made PS2 game, with jerky scrolling and dull colours. Every time you punch or kick the screen jerks forwards slightly, making the appalling visuals even worse to cope with. In fact, it looks like a ropey fan-made effort that you might find online for free.

The game plays like a 3D brawler, such as the awful Fighting Force, rather than a 2D one like the original - as well as the excellent 2012 Double Dragon Neon. This means you can punch and kick up or down, resulting in messy scraps with multiple identikit enemies. It is an utterly miserable and soul destroying experience and everyone involved in the making of this detritus should be utterly ashamed of themselves. Further descriptions of the levels, bosses, mechanics, and additional play modes are utterly irrelevant as the game is an absolute atrocity, the sort of thing that should be removed from existence by any means necessary, lest intelligent alien lifeforms see it and judge the entire human race on its merits - resulting in our immediate. and well deserved, annihilation. 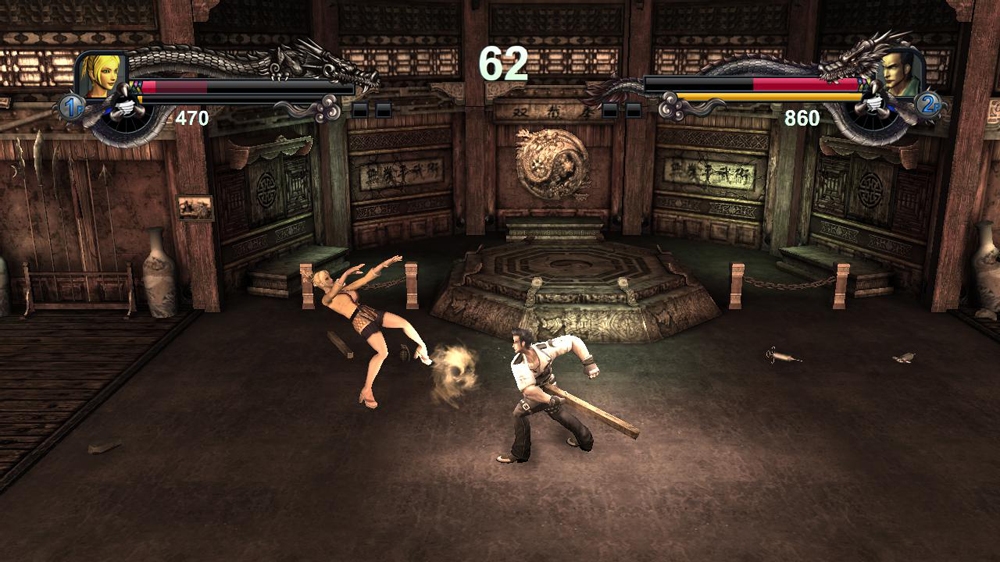 nevermind a straight port of the nes version or the arcade version
ill pass this over if it comes to psn
hey wait ! i got a new complaint !
Top

Christ! Why not an update by Million/Atlus akin to the absolutely superb GBA port, fully 2D and beautiful-looking????

Is the original DD2 in there as an unlockable or anything? It's weird, you would've thought by now that the DD games would be freely available, given how seminal the original was (and it's been taken down). I'm getting strong vibes of the SEGA Ages PS2 Golden Axe desecration.

This remake is so poorly programmed that you really have to play it to see how crap it is. I can't understand how a Korean company could have been given the Double Dragon name to produce an official (?) remake.

Double Dragon Neon, while not really resembling the original games, was loads of fun and went for the 80's spoof style, to great success.

Double Dragon 2, though, seems to have absolutely no design direction at all, other than 'completely-uninspired and generic circa 1998 visuals'.

Much (MUCH) better would have been an XBLA / PSN release of all three original arcade games in their original glory, with optional HD visuals, achievements, leaderboards, online co-op etc. I foresee metacritic scores of 20 for this.. anyone who reviews this highly should be thrown off a cliff.

Well, that's another one to avoid. I was really looking forward to this, as I loved the second one on the Spectrum. But this looks absolutely terrible.
JSW's Guff Emporium! <- My bit of t'internet.

Is it just me or is she going commando under that skirt?

ChipTune wrote:"Also, characters are undressed from 80’s style, and recreated with modern sexy and beautiful style that amaze you and feel never been experienced world before.[/i]"

I downloaded the demo expecting a HD remake of the arcade games or Nes Double Dragon 2 but done like the PC Engine version with anime cut scene's etc..

One enemy who looks like the original Arcade DD1 Roper wearing a body warmer, well you do fight one female enemy I assume Linda(at the end of the level) who looked like she'd been copied from DD Neon.. And the worst looking boss ever thought it was glitched just looked bad, I think its supposed to be Burnov?

You have 3 special moves preformed with RT and kick, punch or jump but only the one with RT + jump does anything (it preforms random moves either a dragon projectile or Hurricane kick), sometimes it didn't work at all!! As everybody attacks you from both sides and you have no way out of this unlike any other scrolling beat em up such as Final Fight.. So your stuck between multiple enemies getting knocked down and hit as your getting up until you die..

Weapons break after two hits and get stuck in the scenery so you can't pick them up, and the range is so short its hard to hit anybody.. Beat the boss without taking a hit by just by spamming RT and Jump.. It says you have a grab move but I couldn't grab anybody

No online co-op either

The HD remake of Double Dragon 1 was brilliant but it was removed from live as this company got the rights and didn't want it on there!!
"Crush the Old Order and CREATE A NEW SOCIETY!"
Top

If this game isn't a good enough reason to bomb Korea, I don't know what is.

Is it worse than Double Dragon 2 on the Megadrive? That , thankfully never saw a release outside japan.

shiftytigger wrote:Is it worse than Double Dragon 2 on the Megadrive? That , thankfully never saw a release outside japan.

It is worse than ANY Double Dragon game.