So any resolutions for 2013 ? Gameing or otherwise ?

1) Mod my Xbox further for emulation and get all my DVDs in one place
2) Mod my PS2 to play Imports - probably via harddrive, FreeMcBoot and ripped ISOs

3) Get the hell outta the motor trade. Retraining as a spark with HNCs/HNDs is what I'm thinking. Which ties in with;
4) Stop spending what money I have on bull****!!
5) Eat better. When my racing bike isn't stuck behind a jammed garage door I get loads of exercise but eat whatever I want. If I put some effort into my diet I could probably do even better.
6) Go back to Manchester- maybe.

Try and buy a Neo-Geo.

Same as last year and the year before that... play the games I buy.. oh and also lose a bit of weight, I lost a stone and a bit earlier this year using Wii Fit and gave up on it for some reason.. I'm still hovering around the same weight but just can't be bothered most of the time..

Finish some games before I buy more

The biggest and most important - play & complete what I buy!

Other than that I want to minimize spending on games I don't need...

Oh! I resolve to build my PC and see it through to completion, not leave it half-finished like I often do with all my other projects

"The biggest and most important - play & complete what I buy!"

This. And eat less rubbish

Also get rid of more games to free up space and start completing projects/jobs straight away rather than shoving them all aside for 'later'.

Not to make any resolutions...

Gaming wise, to concentrate on an area of collecting-i literally cant just buy EVERYTHING thats "cheap" this year as my house is getting full.

Lifestyle wise, bully the other half into letting me get an BMW M5. Bully the national health into givng me a dual shoulder operation as they are wrecked. Bassically 2013 is the year of bullying

Finish more games than I buy. Honestly, at this point I'm almost to the point where I'm not going to buy anything at all.

I won't stick to it though!
Top

Lose weight (again). Some of the lads at my new job play badminton once a week so that's at least going to give me a bit of exercise.

Sell some of my games and stuff as I've gathered more than I can reasonably play and there's a few things I bought specifically with trading in mind. I did make a start on this earlier this year, then discovered it really needs some up front cash to cover all the postage etc, more than I had at the time to cover the big pile of games I was discarding.

Sort out a proper emulation station, whether that's an arcade stick connected to an under the telly box or a cab of some sort. I really need to get back into league gaming as I enjoy it but I've drifted away from playing this type of game, instead opting to try and complete some of my other back catalogue.

Write a game, ideally for the Oric. I've got a 3 hour round trip commute at the moment, so plenty of time to get back into that on the netbook to pick up where I'd got to with coding in assembly.
The Retro League - Where skill isn't an obstacle
Retrocanteen, home of the unfairly banned 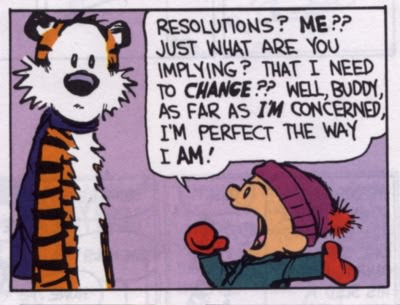