Hello, sorry to be making yet another new thread

Inspired by finding out about the Sensible Software book through this very forum, I thought maybe in this thread we could share on-topic Kickstarters we feel are interesting/relevant/ZOMG MUST HAVE SWAG etc.

To get the ball rolling, this year, I are been mostly backing..

I'd love to know what else people have been behind and what cool/rare stuff you've received/pledged towards!
XBox 360 Gamertag: jcdentont1000
Nintendo 3DS Friend Code: TBC (Now, where did I leave my 3DS..)

I pledged/bought the Diamond Trust of London DS game which I received a few weeks ago. I was tempted by the Sensible Software book as I collect videgame books, but my money's going to be stretched this year as it is, so will have to wait next year to buy it.
Top

I invested in the Sensible Software book (only to get the book, no higher). That's the only relevant kickstarter I've invested (other two is a film about Nigel McGuinness & one about Gingers)

I did one for FTL, which I paid enough for to get me into the beta over the summer, and another one for Jetpack 2, which also got me into that one's beta before it fully opened up. That one in particular was exciting, as I used to play the original Jetpack all the time as a kid on some ancient PC or other. Brilliant game, and the level editor was great fun, I've always liked that sorta thing.

There's been a couple of other kickstarters (always gaming-related) but I cant recall what they were.
Top

A couple of shmup related ones: 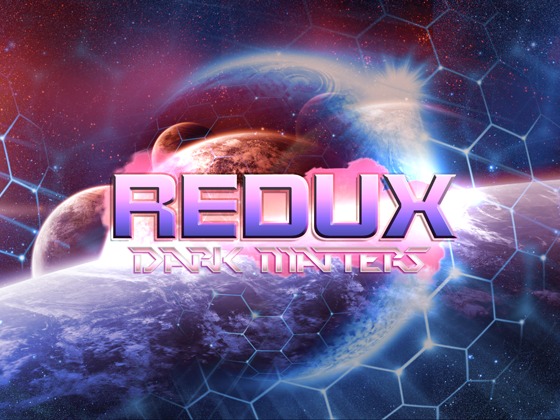 Tempted to start one for ComputerClub, because as it stands I think we need some new stuff and I dont have the money to buy such things. (stuff like pads, flash carts, console mods, "new" consoles, 4+ same spec laptops, some small LCD tvs).
Maybe £500 will sort it
Any left over to be spent on prizes and snacks for the evnets
*The Nights of gaming *
My inane prattle * Youtube page* I also have arty stuff for sale *
Top

I can't do Kickstarter stuff as I've no credit card. I did put some money in for IndieGame The Move, for which I've received 2 downloadable copies, Super Meat Boy for the PC and I'll be getting a copy of the film on blu ray when it's released and I've put some money in for some stuff on IndieGogo.
Splink!
Top

Double Fine Adventure - the one that started the ball rolling. I love Tim Schafer's work, this was easy to get behind.

Wasteland 2 - I loved the original Wasteland, and the Bard's Tale game. I figured Brian Fargo earned my support with those games and more, and anyway, I'm really excited by the possibility.

The Banner Saga - a story-driven, turn-based strategy game based on Viking culture, by three guys that worked on Star Wars: The Old Republic. Those words all ticked my boxes.

Turrican Soundtrack Anthology - a three-CD boxed set of re-worked and re-recorded tunes from the Turrican series, by Chris Huelsbeck? Oh, go on, then.

Drifter: A Space Trading Game - the first truly indie game I backed, as an open world sandbox space trading game, Drifter had enough promise to hook me in. Besides, it was only $10 for a digital download, I figured I'd go for that.

Grim Dawn - Victorian era fantasy action role-playing from the lead gameplay designer of Titan Quest. I really liked Titan Quest, even if it was a bit hard for me. Grim Dawn promises to be similar but with an unusual setting - sounded good to me.

Pinball Arcade - The Twilight Zone - I love a bit of digital pinball, and I already own Pinball Arcade. Figured I might as well help them out with this.

Broken Sword - the Serpent's Curse - I own all the other Broken Sword games... I was never going to turn this one down.

Sensible Software 1986-1999 book - I'm very interested in this, I like Gary Penn's writing and the subject matter, so I'd like to be in on it from the start.

I also backed Wings: The Director's Cut from Cinemaware and an Indie Bundle, but they weren't successful.
Top

I like, understand, and appreciate the idea of Kickstarter, but I have yet to contribute. I probably never will, either.

For me all I'm interested in is the finished product. I don't really care about all the hurdles and triumphs/setbacks the Studio has had to go through to bring the product to me, I just care about the end result - and whether it's worthy of my money.

Yes I'd definitely like certain projects to be "kickstarted" (Wheelman 2 for one!

) but I'm more than happy to play any of the hundreds of other titles coming out, or that are already out. Yes I'd like a Wheelman 2 and 3, and if it happens I'd probably buy them, but I'm not going to pay in advance for something that might not even happen. Or might be god-awful when it does.
Freestyler: A customer that's too hard to please, complains all the time and wants everything for next to nothing.
Top

Just spotted this one.

Personally, I'm waiting for Project Giana to end up getting finished. That looks like a lot of fun, and we really need more 2D platformers that aren't those sort of bullshit one hit kill N/Meat Boy sorts of things. I was really hoping that Pro Pinball would end up getting funded, too, but sadly, it didn't. I blame Homestuck, personally.
Top

I've backed the OMFG minifigures, and got these in return:

Plus some stickers and a poster.

I've also backed The Crystal Catacombs - usually not into the whole "retro" "style" (as in, deliberately crap-looking), but the general game looks fun.
My comics blog (mostly lesser-known UK stuff from the 80s and 90s)

Ok, now that I've heard big publishers are getting involved with (exploiting) Kickstarter I'm officially out.

http://www.cinemablend.com/games/Publis ... 47113.html
Freestyler: A customer that's too hard to please, complains all the time and wants everything for next to nothing.
Top

Sorry for resurrecting this but here's a few things I've had from Indiegogo campaigns recently. 2 books from Don Rosa and a sketchbook from Steve Rude.

Freestyler wrote:I like, understand, and appreciate the idea of Kickstarter, but I have yet to contribute. I probably never will, either.

For me all I'm interested in is the finished product. I don't really care about all the hurdles and triumphs/setbacks the Studio has had to go through to bring the product to me, I just care about the end result - and whether it's worthy of my money.
.

Ditto to that, I've had money in past projects like the Pandora etc to know its more trouble than its worth, some Kickstarter projects are already being put back I.e Oculus Rift VR, I'd rather just wait until I can pay and get the item when it's out!
Top
Post Reply
27 posts