by DPrinny
Is there even 500 games on it?


TEH WIKI wrote:There are currently 1558 games across the Lists of PlayStation Vita games. 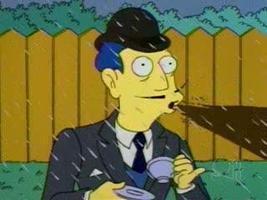 Bloody hell, a lot are probably download only and even less are worth playing

by ShadowMan
Keep in mind a lot of those will be Japan only VN games, or just really strange stuff (trust me on that one, I have like 4 Mahjong games on the platform at least). I think I read a stat that there are around 100 odd limited release games at least for Vita, or will be by end of life. Granted I don't have them all (passed on some of the really bad ones) but there are more games out there than you'd think.

by DPrinny
Yeah, whats this Fifa I keep reading about? it seems to be some gay little game about guys in shorts running about.

I am dabbling in some of the Vitas library thanks to hacking.

by buddy1983
I think the Vita is a great handheld which was held back by some stupid decisions from Sony like those expensive memory cards. I didn't buy one when they first came out but have picked one up since and there are some great games for it. Its cool to have a work and play during my lunch, currently working through the Sly series which I have never played before.

shame more people (like myself) didnt give it a chance when it first came out.

by greenberet79
I didn't give it a chance cos it cost a fortune and the memory card was a small fortune. And for me personally the library isn't all that great - certainly not as good as the PSP. I'm not into RPGs and JRPGs which it seems it's strength lay.

Still, I now have two hacked Vita's with all sorts of Vita, PSP and retro games.

by DPrinny
There is a load of "Jap crap" on it, titles only of interest to shelf collectors. TBH Disgaea 4 has been getting constant play

by ShadowMan
Oh yeah, there's some hilarious Euro Jank and Japanese shelf filler games available on Vita, that said I still vastly prefer it to the 3DS library outside of Capcom's and Nintendo's output.

Just last week I finished up playing Catherine Full Body on the Vita. Story began annoying me because a) Vincent really started annoying me and b) getting the alternate endings and correct dialogue choices became a real chore real fast. But the gameplay... its so good, the game is perfect for a handheld, as its got that nice addictive puzzle design that works perfect as a pick up and play game. Port is surprisingly decent as well for a late Vita title. Well worth the purchase I thought.

by Bub&Bob
Rather late to the party but received a Vita in the post today from EBay. It’s in great condition too.

Looking forward to routing through this topic for game ideas.

Quick question, is remote play possible without signing into to PSN?
All times are UTC-04:00
Page 147 of 147
Powered by phpBB® Forum Software © phpBB Limited
https://www.phpbb.com/