Recently I've been thinking of the Female gamer, and how people perceive them.

In Male gamers minds, the average female game will only buy games, that consist of Cuteness and housewife activities, Examples being games like "The Sims" and "Nintendogs" but this is not the case. I've seen Females playing all sorts of games, from different Genres. Especially my sister, who has warmed to games over the past few years, as something to play with friends or something to play while chilling out, like reading a book.

Women are also blamed for the rise of Casual games. But what people don't realise, is that Casual gamers have always been around, but that's another topic for another thread.

So my question is...What do you think of Female Gamers, and their influence on the industry?
Top

My girlfriend's favourite series are the Warhammer: Dawn of War games and Half-Life 2.
Point made ;D
Top

my wife is into wii fit and dance mats mostly. she did play a bit of trauma centre, and crash bandicoot, and actually quite enjoyed watching me play SMG (the only game she has actually enjoyed seeing being played).
and even then she very rarely picks anything up to play herself.
EDIT: she was really into the professor layton games too, but otherwise plays casual games like bejeweled (on my phone, not hers, naturally).
Last edited by thingonaspring on Fri Jan 07, 2011 10:06 am, edited 1 time in total.
INSTAGRAM
Old video games recreated (badly) in MS Paint.
Top

My other half'll play just about anything really, casual games on her desktop machine, Pac-Man, Sonic, Kid Chameleon and a few others on DTVs... at R3PLAY she spent over an hour playing Jelly Monsters on the VIC with a Megacart and at least twenty minutes playing Centipede on a Colecovision.
Top

I have 2 daughters one of whom is into The Sims games and point and clicks and the other who likes RTS. They both like FPS, and are currently playing co-op through Halo reach, and they love scrolling beat em ups like Final Fight and Vendetta on the cab.

Gamers of any ilk are a product of their upbringing and peer groups. I'm a gamer so my kids are gamers, much to Mrs Trucker™'s ongoing despair, I've never really treated my girls like girls which is why my youngest plays the electric guitar and is on the school football team, and they are both into games, and horror films.

Been discussing this with few friends of mine of late.1st chap? his missus loves Point N click adventures, Platformers like Ratchet and Clank etc so was happy to point her in direction of few gems. 2nd..his new girlfriend got curious watching him on the PS3 Beta of DC Universe online..now? he cannot get her off the damn thing.Bought a female friend of mine a DS few years back, surprise gift, knew she'd like stuff like Brain training, N.dogs thought i'd chuck in something random, bought her the surgery game thing..tramua something? Name escapes me...that was THE game she loved the most.On flip side? Friend of mine bought his missus a Wii and wii fit after (and i quote) 'she kept bangin on about it), she used it once...since then? Box and console sat on top of the cupboard.
Top

My missus loves Little Big Planet. Over the holiday period though i had my Dreamcast set up with Sega Bass Fishing on it with the rod controller. For someone who dosen't like fishing she really enjoyed it and was better than me at it

Tried a ton of casual games out with the Mrs hoping to get her interested but nothing really appealed. Then she finally sees something she likes the look of . . . Gradius V. Could not get her off it for a while

So much for girls liking casual/easy games.

She likes 2 player co-op games where she doesn't have to do all the main work. SMG 1 & 2 were good for this, I haven't played either single player!
Top

My fiancee does conform to the female gamer stereotype in many ways - she has Nintendogs, The Sims and a lot of babysitting or pet games. She also loves Cake Mania and other similar stuff.

But she also loves the 2D Sonic The Hedgehog titles as well as Mario games (again the 2D ones - she just can't get on with 3D platformers) and we play a lot of Mario Kart. She adores the Layton games, and she also played Hotel Dusk to completion and is now clamoring to get her hands on Last Window as soon as I've finished it.

My wife plays on her DS most evenings. She really likes RPG's

Usually, she will watch me playing games and enjoys that as well. It means she can lay on the sofa.

My previous girlfriend was into survival horror (RE, Dead Rising, Deadly Premonition etc), RPGs, retro games, and music (Guitar Hero etc), so not your typical female gamer then

Lie with passion and be forever damned...

I know a girl who says her favourite game is Snowboard Kids. 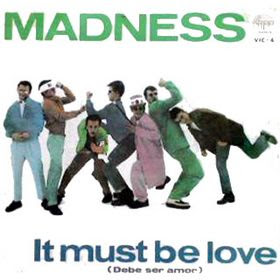 She also wrote in the school yearbook that she wanted to work for BioWare. Both amazingly cool and overwhelmingly sad at the same time.

My girlfriend plays a lot of puzzle games and stuff like Peggle. She's not a big gamer. She used to play Sonic and Crash and Spyro so she loves those. She bought me Sonic Colors for the holidays but she plays it more than me!

All I can add to this subject is could someone point me in their direction? I'm sure there's someone who I can impress with the size of my, erm, games collection