Looking for an old game....

I thought that was #6

Something about that game name is ringing MASSIVE bells in my head, can't quite fathom it out though. It immediately made me think of Chuck Yeager's Air Combat, I went and checked that out though and it was some kind of flight sim, nothing like the game I'm looking for at all

That Seymour game doesn't look anything like it either, all I see is a funny buck toothed blob and a load of people, my game had ovoids in it and the main one you played as could do funny spinny jumps through the air like a gymnast, suprised he didn't get all disorientated and lose his sense of balance. Now THAT would make an interesting concept for a game

EDIT: Something about your avatar looks familiar Ferret Oxide, my game didn't have snow or Father Xmas in it though

So was it Battletoads?
*The Nights of gaming *
My inane prattle * Youtube page* I also have arty stuff for sale *
Top

ToxieDogg wrote:It made me think of some other games I used to play though and I'm after another one now.....seriously doing my head in trying to think of what it was called....I seem to remember that you played as a little ovoid shaped creature of sorts, he wore big gloves although I don't think he had any arms or legs and always had a big smile on his face and there were some bits where you could pick things up and if you dropped them in other places then....stuff would happen. One level was set on a desert island and if you died on that level you had to start the whole game again, and another level had this funny bridge type thing that disappeared if you walked on the wrong part. On the third level you met some other of the strange little ovoid creatures too, and they were living in and around a castle. Please help.

It's been at least 4 days since I was playing it (on the Dragon 32 computer I think?) and I'd hate to think I'd never have the chance to play it again.


Only thing I can think of which bares even a small resemblance to it is a game called 'Call of Duty'. You might have heard of it? Hope that helps!

Pretty sure it's either Pac Man or Gears of War 2.


Has to be A Train surely?
The Artist Formerly Known as Ralph Milne's Left Foot

I am reporting this thread for being spam or illegal i want it deleted.Sucking eggs.
SH1T HAPPENS

Space_turnip wrote:Only thing I can think of which bares even a small resemblance to it is a game called 'Call of Duty'. You might have heard of it? Hope that helps!

It's not Call Of Duty but I think the gameplay's similar, you have to move around a map and you can collect things, and there are other things that can kill you if you don't dodge them. And you can talk to other people while you're playing it, I'm often asking my mate to go and put the kettle on while I'm playing the other game. I think the only differences are that that the game I was playing didn't have HD graphics or an online deathmatch mode.

I'm going to check that A-Train game that Ralph mentioned in a minute...


aztecca wrote:I am reporting this thread for being spam or illegal 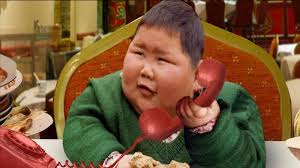 Before you report my thread, please to be checking out my site

aztecca wrote:I am reporting this thread for being spam or illegal

Before you report my thread, please to be checking out my site

Hey where the fook did you get that picture of me at work from.

No matter how many times I see it, that pic is never not funny.

If you're going to waste your 1000th post, waste it on this thread!