I seem to remember there was some story behind this cover- one of the game mags of the time used it as cover artwork, then Sega bought the piece to use as the boxart, or something? That's what I remember, at least. Anyone know which magazine it was?

Super Fantasy Zone
One of the most blue-skies video game covers out there, it captures the vibe of Fantasy Zone very nicely. Even better, they actually used this as the UK box art!

Psi-Ops: The Mindgate Conspiracy
This is the box art used for the Japanese release of the game, and since Capcom were involved, they decided to let Shinkiro do the artwork. Better than the one we got, that's for sure.

Baseball Stars 2
Speaking of Shinkiro, here's some more of his work. Not sure which is the best part, the smug guy in the top-left or the ridiculous mascot.

The Chikyuu Boueigun 2
However, perhaps you prefer the Japanese version of the box? It doesn't have as many insects on it, though, but still has great art.

Max Payne
A simple, but effective cover. The police tape reading "DO NOT CROSS - A MAN WITH NOTHING TO LOSE" is aces.

I think 99% of EU cover art (for console games in the last 20 years or so at least) has been a huge disaster. They must genuinely believe that we're all dumbasses who have to see guns on the front to know it's a shooter etc. The creative covers that we miss out for not speaking Japanese and being able to visit suspect vending machines on the way back from work (via a monorail ride home) is criminal.

Well at least Blaze is on there - always a plus point

Too bad she's obscured by and old guy (Dr. Zan) and some lightning though. In fact, you wouldn't even know that this is a beat 'em up from the cover. Not the worst cover I've ever seen but nothing very inspiring either

Compare it to the US/Japanese covers...I think it's a toss-up between those two. The Genesis art looks cool (Axel using his Grand Upper) but there's something likeable about the Japanese art too.

US one has a nice picture and shows off Roo which kinda gives it away he's unlockable....JP one is better though - shows all the characters and damn does Blaze look good on it!

I was just wondering about GDF Tactics, and it turns out they recycled the Japanese Tactics art for both GDF and Tactics. Lazy, but hardly unexpected- it's the work of D3 Publisher so there's going to be reused art somewhere.


Megamixer wrote: I think 99% of EU cover art (for console games in the last 20 years or so at least) has been a huge disaster.

It's true, we usually get some absolutely awful covers, but sometimes, we get the good stuff. It's gotten a bit better over time, although even back in the 90s, when games like Phantasy Star II and Alisia Dragoon were getting vastly different box arts, we got stuff like Pop'n Twinbee and Alien Soldier with the box art intact. Weird. Likewise, we got ICO untouched, but then you get stuff like this. Terrible EU box art will never die, apparently.

Incidentally, I remembered three more of my favourites:

Alien Syndrome (click for epic wallpaper version)
This is from the Game Gear version, both for the Japanese and European box arts. It's pretty self-explanatory.
Warning- game may not be as exciting as advertised!

Worms
It's the 'Rocket - This Way' detail that seals the deal. And the cigar, too.

Area 51
OK, this one is just here because it's incredibly cheesy. Pffftahahahahaha.

Alien Storm for the Japanese Mega Drive is also a real cracker, can't believe I forgot to mention that in my other post, shame the game is a bit poo.
My trade/sale thread (Includes my feedback)

RetroMartin wrote:The big guy is Max Thunder :p But you are right they do look EXACTLY like the people you've mentioned.

Devs did that back then though - I mean look at Metal Gear, they based Snake's MG2 look off of Mel Gibson LOL!

Ah, sorry, my wording was off, I meant the huge Arnie-style face in the background - but with bigger eyes than he!

Never seen that Jap Psi-Ops cover before, absolutely ace, even though I thought the cover we got was actually pretty good.
Top

Paulie wrote:Alien Storm for the Japanese Mega Drive is also a real cracker, can't believe I forgot to mention that in my other post, shame the game is a bit poo.

The EU cover of Alien Storm is pretty crazy.

Come to think of it, that would make for an awesome 80s movie...
http://www.myspace.com/deckardbeats
Top

We get so ripped off here in the states. It really is a shame. ^Aaah, I know, that US Ico cover truly is an abomination.

I remember the US Resi 2 boxart with the overly airbrushed, badly-drawn 'fingery zombie' on the cover, even the strategy guide used the same abominable artwork(!), whereas the US/JAP ones had the brilliantly minimalist and 100% more effective black/white/red cover (though we still got the sh!tty artwork on the strategy guide).
Top 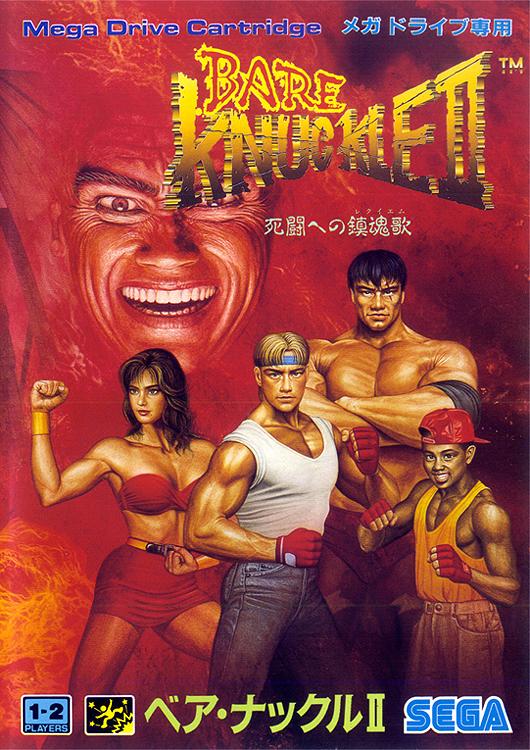 then again they are both equally horrid
hey wait ! i got a new complaint !
Top If only I could find the damn game at a reasonable price...been after a Jap Bare Knuckle 3 for ages but it's always £50-60 excluding international shipping

Maybe I just need to bite the bullet someday?

Some really awful covers in there , funny how we all have different tastes!

As I've said previously , Underwurlde and Atic Atac are 2 of the very best covers - intruiging and the cardboard case itself adds to the effect (along with the cryptic instructions) - and no screenshots on the back which is a very GOOD THING

Epyx cases were also neatly done with a distinctive style

but my all time favourites have to be 2600 boxes , there are just so many with fantastic box artwork

with these 3 being my favourites

Best of all is this one