A few more recommendations from myself

Wolf Boy is a basic side scrolling beat em up with a twist. As you beat up the colourful cast of enemies the clouds shrouding the moon will dissapear, after kicking enough ass you'll be able to transform into (ready for a big surprise?) a werewolf! Which naturally powers you up, yatta yatta. The controls are basic and easy to get to grips with, what really puts Wolf Boy above others are it's fantastic art style, upgrade system and really cheap price. Well worth it imo. 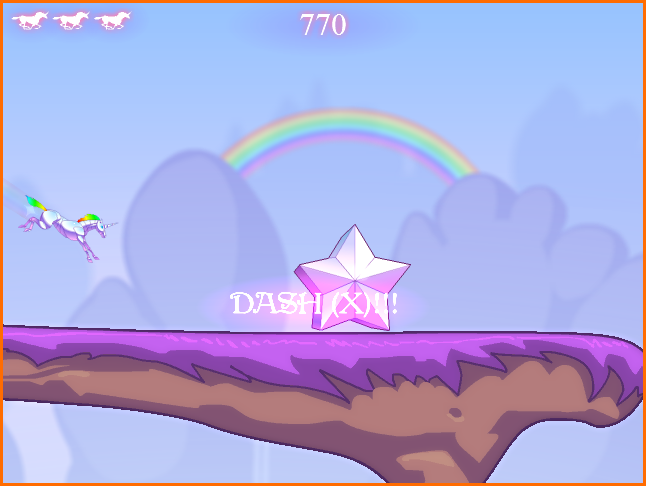 Robot Unicorn Attack is one of the most bizzare game I've had the pleasure to play. You'll run from left to right, jumping from legdges and dashing through obstacles to the backtrack of Erasure. 3 attempts to get as far as you can, you won't believe how addictive it is. It's one of those games you need to play to appriciate, the price might seem a bit high but it's really worth it. 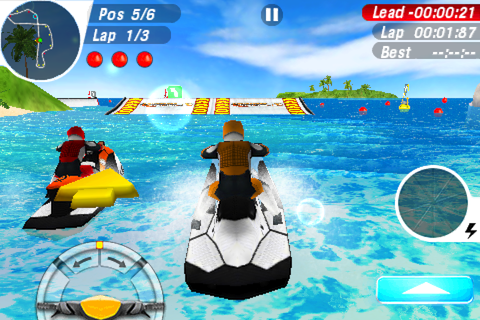 AMR2 is as close to Waverace 64 as you'll ever get on the iPod. The water physics are just brilliant, the waves will accurately alter your direction, jumps & performance. The championship mode is robust with plently to get stuck into, there's online leaderboards, achievements and a great selection of courses. Well worth a download if you're a Wave Race fan

Wolfboy is great. Thanks!
Top

Flight Control-clone Dock' Em! on 360 - good game that says "I need to be on touch/swipe screen".

Mostly been playing Dragon's Lair (seems quite variable as too how quick you need to respond - some scenes allow for sloth-like reflexes, others require those of a Chinese tabletennis player who's been juiced up his coach), Bejewelled 2 and Drop 7. Wouldn't have thought that making a Tetris-style game effectively turn-based would work at all well but amazingly it does. Left the Touch at home today rather than have it in the desk draw at home tempting me to drag out for "just one or two drops".

Well, Tetris always bordered on being a puzzle game, and that's exactly what Drop7 is. While not as good, Tetari is in the same space—non-time-dependant puzzle-piece placement.
iPhone/iPod/iPad game/app reviews: http://www.iphonetiny.com
Top

Probably nothing new here to most folks here but these are what I've been playing on the Touch:

Super 7 - Draw lines between floating numbered spheres, they score points and vanish when they total 7, don't let balls with values totalling 8 or more touch. Reminds me of an ST game with large floating balls connected by lines, the name of which I infuriatingly can't remember at the mo. Flight control is frustrating me with it's tiny planes and tiny runways, this is sort of similar (imagine that runway moving to the plane as the plane moves to it) but I find it less fiddly. 59p IIRC.

Regarding Super 7, I think you were remembering E-Motion. Yeah that's the one. They are actually nothing like each other, it's just that Super 7 reminds me of E-Motion in the same way that Bejewelled 2's ambience (music, backdrop graphics) reminds me of The Dig!

Chicks - It is today's Free-App-a-day. Complete Lemmings rip-off but as I ain't paying I ain't complaining!

And yesterday's was casual fav Luxor

Thanks for the heads-up for those two. Going to grab them now.
Top

Gravity Jump - nice early 8 bit look and very hard - but addictive once you get into it. Perfect for short score busting sessions on the train.
Top

I just downloaded gravity hook which is by the guys who did canabalt. You basically use an extending hook arm to latch onto things and see how high you can get. It's cool

Also spirit hd which is like one of those old school paint games where you draw around an enemy to kill them. Graphics are gorgeous - kind of like flow on ps3.

I bought them on iPad but they work on iPhone too

imaxeroker85 wrote:4. Hit N Run - The best i can describe is Outrun crossed with Tetris, great racing and puzzlin

Good shout - a cool (but slower) 3Dish version of this:

Cat Physics - its free. It's addictive and it is bloody brilliant!