The Mysterious Story Of The Atari Mirai

Relive the glory days of gaming and take a walk down Nostalgia Lane via YouTube.

The Mysterious Story Of The Atari Mirai 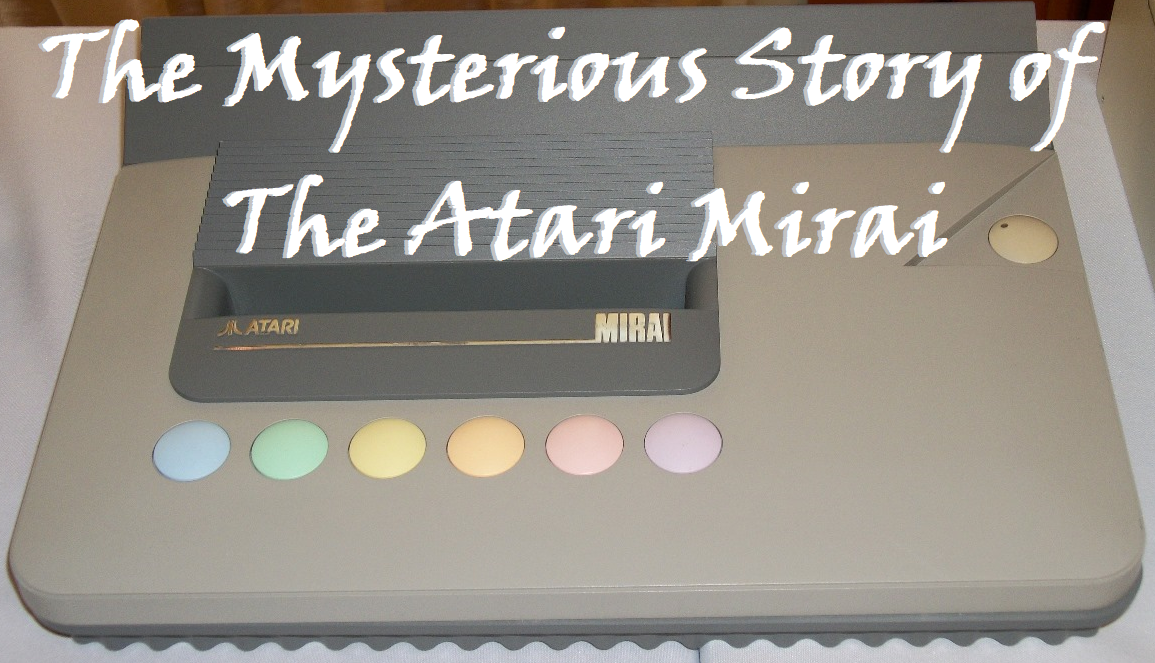 Re: The Mysterious Story Of The Atari Mirai

Thanks for doing this video, a very curious chapter in Atari history that's for sure.

The video has left me scratching my head somewhat though and i hope you will be able to answer a few queries i have regarding it.

Are you sure Jack Tramiel was going to give a "Warts And All" interview as you describe it?.I find this a little hard to accept given the man's reaction to previous interviews and work he had done with other writers.

Taking for example:The Home Computer Wars: An Insider's Account of Commodore and Jack Tramiel
Book by Michael Tomczyk (not sure if your aware of that one? ) , Jack said he had read the parts of the book relating to him, the author was a friend of his and had asked him to read it and give him comments beforehand.

Another respected Author, Brian Bagnall , has stated that when he was
writing the book "On the Edge: the Spectacular Rise and Fall of Commodore", he repea tried getting an interview with Jack by calling him almost a dozen times, writing several letters to him, and getting his son Leonard to convince him - Basically
everything short of showing up at his ranch and demanding an interview.

Apparently Leonard had convinced Jack that it was important for him to talk about his experiences of running Atari before it was too late, but Jack made very clear he was done with the confrontational period of his life where he had to be hard nosed in order to run a company in a cutthroat industry.

He was now a retired grandfather who spent most of his time traveling with his family....

Yet you now suggest in your video Jack was about to throw the doors wide open and give a very lengthy interview and go into great depth about his time at Atari and unreleased/mythical hardware.

I'm just don't see why he would of changed his mind so late in the day.

Your video is excellently presented, but the entire thing appears speculation based throughout, leaving the viewer with far more questions after viewing it, than perhaps they had before viewing it.

You annouce your going to bring us the story of this forgotten console, but then just put forward various things it MIGHT of been..i thought you were going to finally clear up the myths and detail exactly what it was, rather than just present all the fairy tales surrounding it.
Top

Re: The Mysterious Story Of The Atari Mirai

Yes, I am very sure.

Marty Goldberg had arranged to interview him for the second Atari History book. Leonard had helped set it up and Marty had already arranged flights and the like to go to his house to record it all then he sadly passed away. Marty has talked about this many times and how disappointing it was that it never happened.
My Digital Books | Laird's Lair | XEGS Podcast
Top
Post Reply
3 posts • Page 1 of 1