by HdE
The latest video on the channel arrives a bit late thanks to technical difficulties (it was actually supposed to go up after another video - and both of them decided to act up during production. Oh joy!)

BUT! Better late than never! And this one's a look back at SUPER R-TYPE on the Super Nintendo. 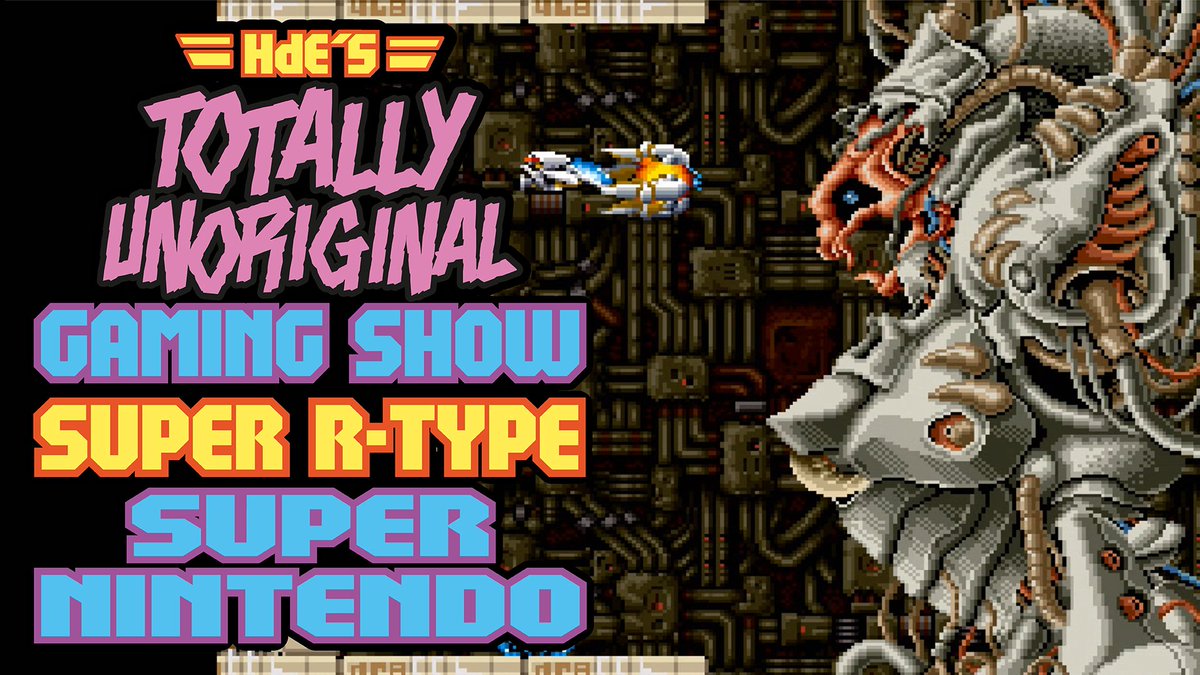 Incidentally, if any of you fine folks from the RetroGamer forums are subscribed to my channel, it might be an idea to double check that you're still subbed. YouTube recently began a purge of what they dubiously refer to as 'spam accounts.' Sadly (or should that be 'typically' given that the site is run by incompetents and is FAR too reliant on automation these days) this has resulted in several channels I know losing a suspiciously high number of subscribers.

In fact, go check that you're still subbed to EVERYONE you're fussed about following. Couldn't hurt!

by HdE
Heads up! I hope everyone has had a nice Xmas break (or survived it, at the very least!)

I'm wrapping up 2018, and indeed, season one of my YouTube gaming show, with a look at Sega's Megadrive version of COLUMNS. And nobody is more surprised than me at the fact that I found enough stuff to talk about here to fill almost 11 minutes! 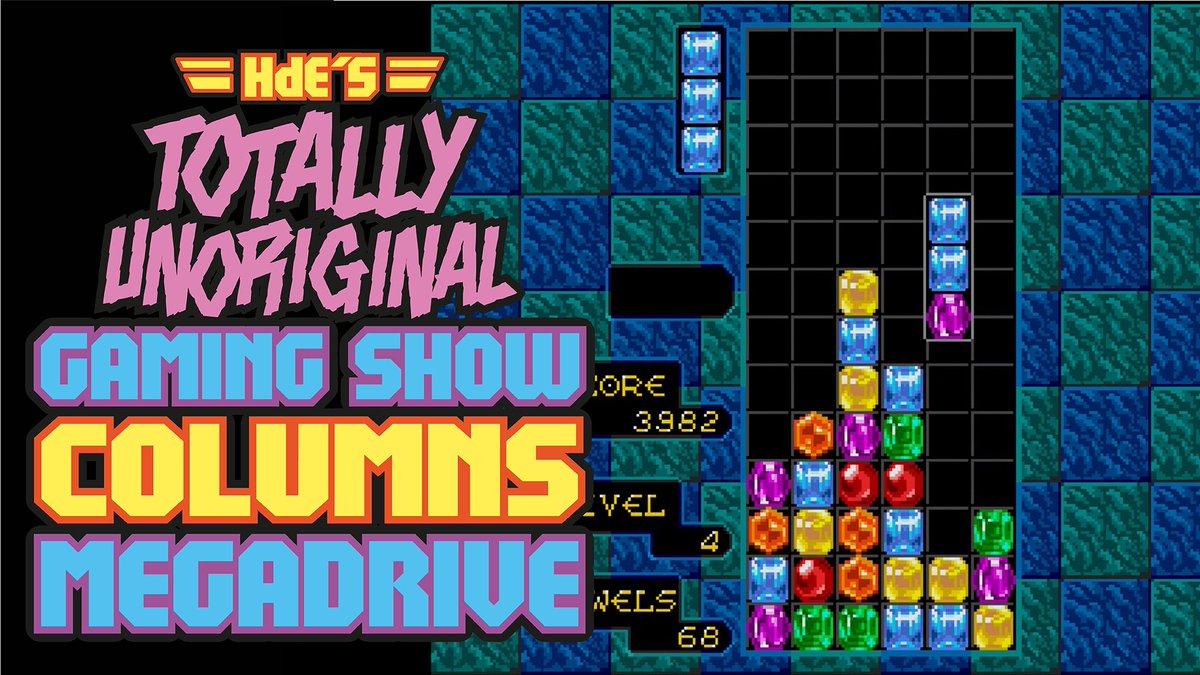 I'll be taking a break for a couple of months now. But the plan is to return in March 2019 with season two! For those who are interested, I'm planning to put up a few videos in between just to dicuss the state of the channel, future plans and maybe some other stuff besides.

by The Laird
Another big favourite of mine, I'll watch this later!

by HdE
Alright everyone?

It's been an age since I last posted on here, thanks to my busy rockstar lifestyle (ahahaha!) but I'll poke my head back in just to let folks know that I've just started uploading the next batch of videos, in what I'm grandiosely calling Season Two of my YouTube gaming show.

This set of videos starts off with a look at the PS3 exclusive RESISTANCE: FALL OF MAN. Because nowhere was it ever written in stone that mine is an exclusively retro-themed channel! 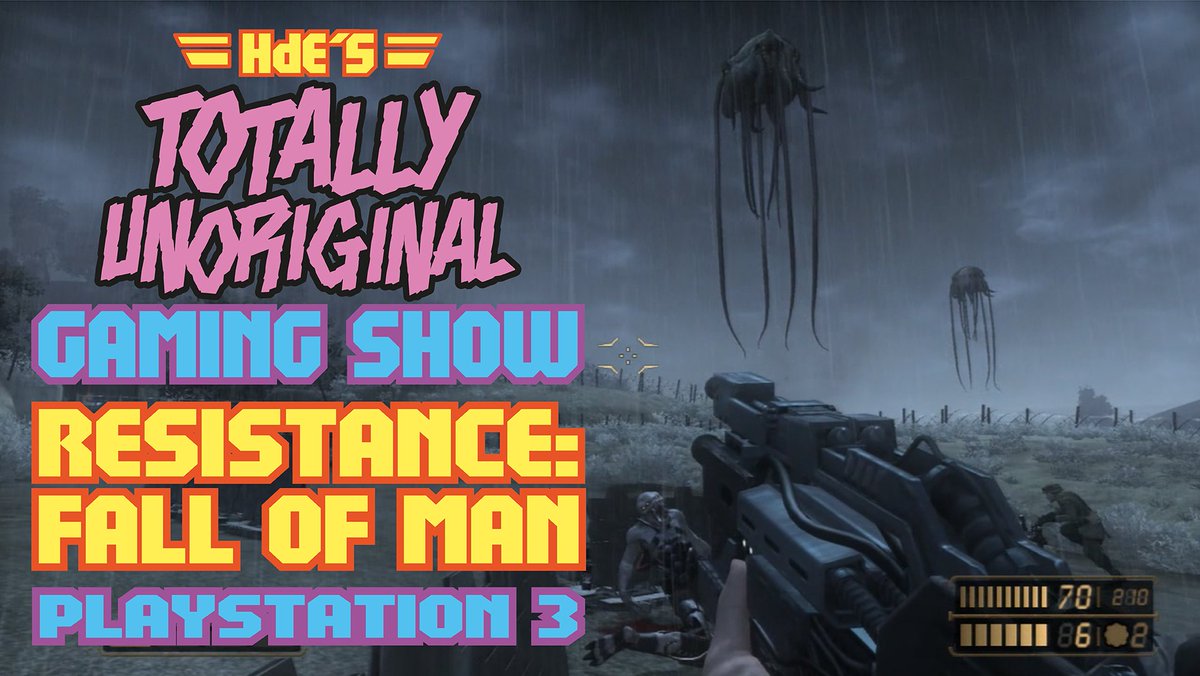 by HdE
New video is up! I tackle a big one this time, with a look at the Sega 32X version of Yu Suzuki's SPACE HARRIER. 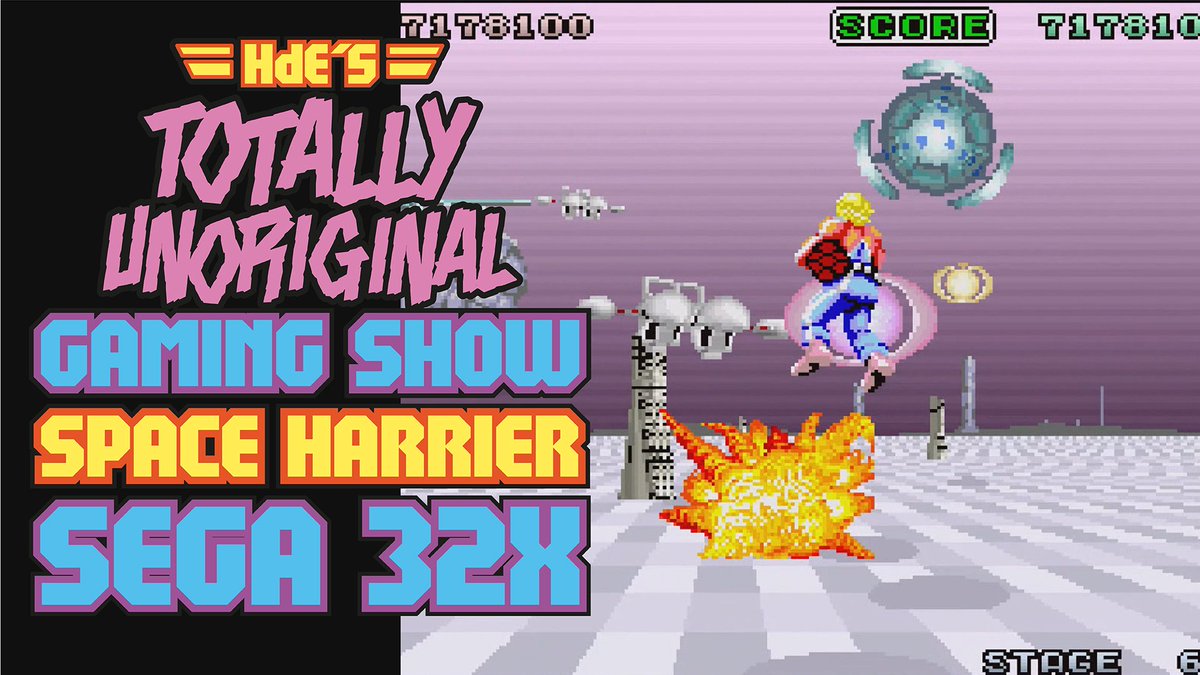 Super special thanks to Keiren Hawken for helping out on this one with some footage of the Sega Master System version of the game. Cheers!

by HdE
This week's video is live. And in it, I tackle my first review of a PC Engine game. It's Data East's OVERRIDE. And it's just a little bit different to your standard up-the-screen shooter. Want to know how? Well you'll have to watch the video! Only then can I bathe in sweet, sweet YouTube money and finally afford the limo I need to cruise around New York with my stunning celeberity girlfriend Victoria Silvstedt!* 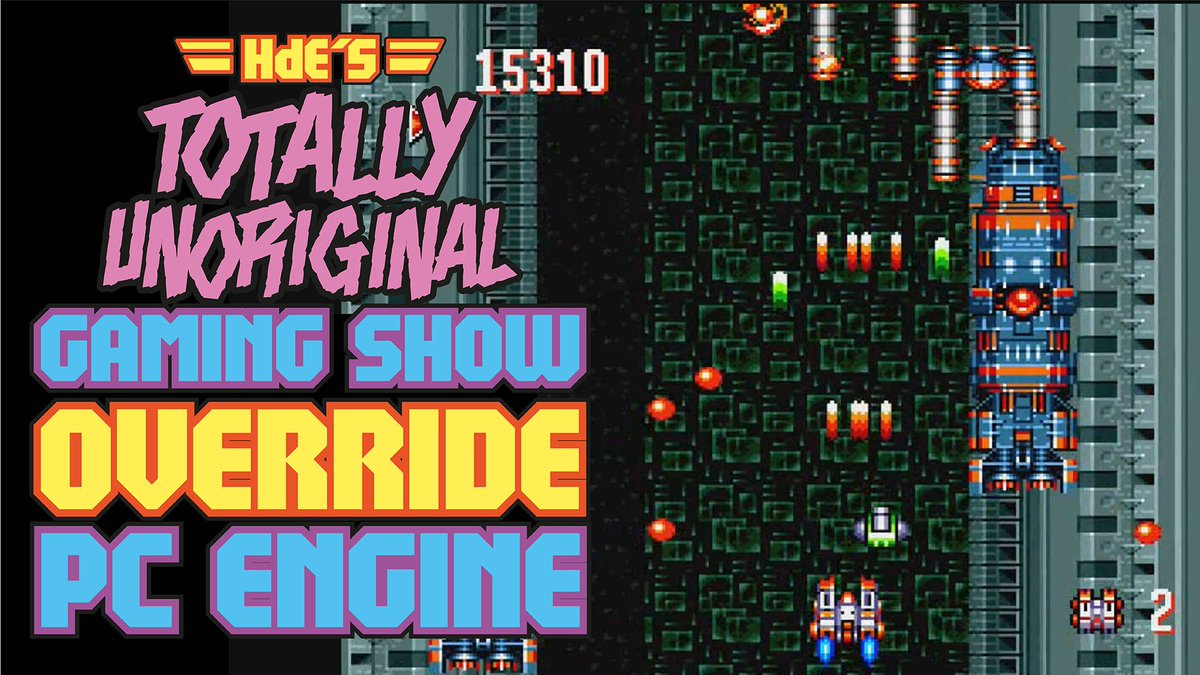 Here's a direct link to the review itself:
https://youtu.be/g2IIzzdGP68

by HdE
Despite technology, work, and a billion other factors doing their damnedest to stop me, I've uploaded another video today.

In this one, I take a look at the Atari 2600 version of JAWBREAKER, which differs quite a bit from the version of it that graced the Apple II and Atari 8 bit home computers (and would later go on to be adapted fro other systems as 'Jawbreaker II.')

Here's a pretty picture to make you go 'oooh!' 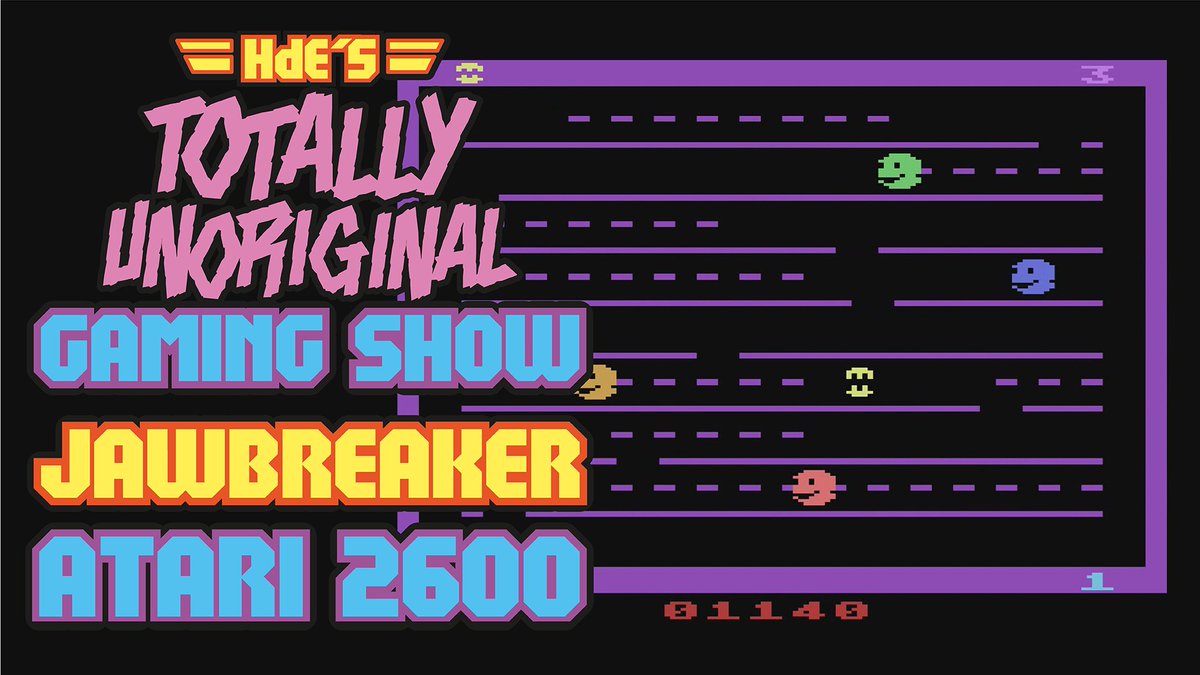 by HdE
I'm back with another video this week! Taking a look at another incarnation of R-Type this time - specifically the Sega Master System version. Check out the handsome devil in this thumbnail: 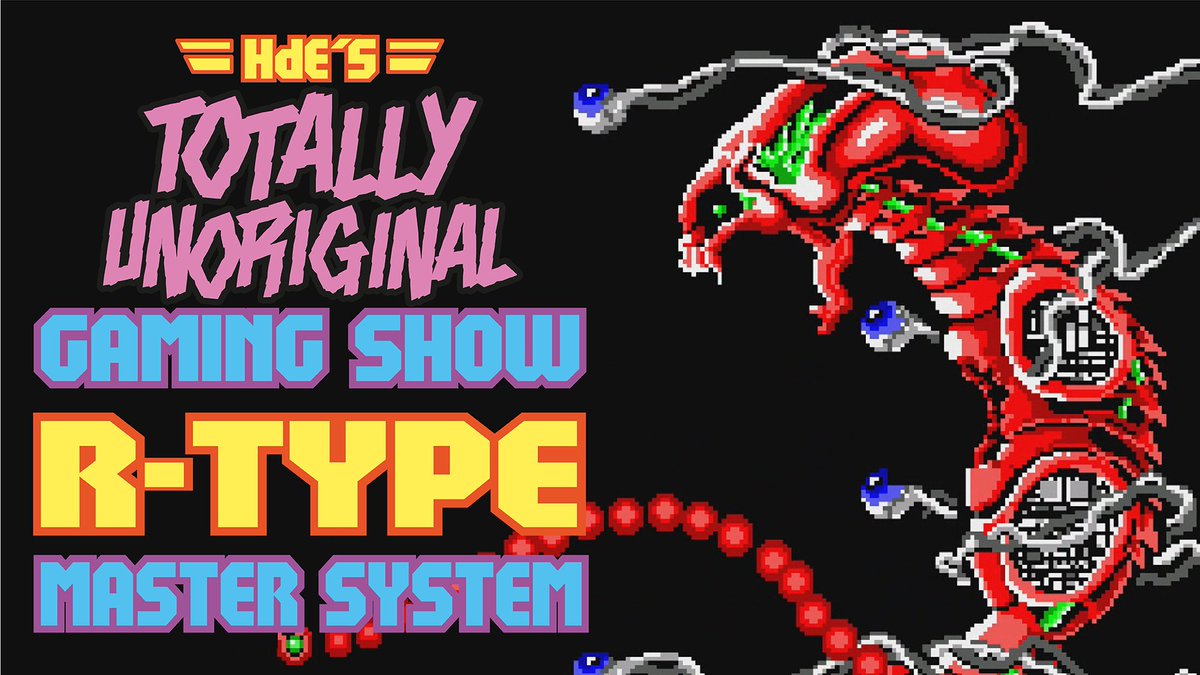 Here's a direct link to the review:
https://youtu.be/qQPixUG1vRo

Just a quickie reminder, folks: it might be worth checking your subscriptions, and making sure that, if you're already subscribed, you've clicked on the grey notification bell icon and selected 'enable all notifications.' Currently, my videos are reaching about one eighth of my subscriber base, and speaking to a few folks, they seem unaware that these steps are necessary. I've also had a few genuine subscribers removed from my channel on an ongoing basis due to site bugs which YouTube swear blind don't exist.

It's a crappy platform, folks. But you work with what you've got, I guess! Anyway - enjoy the video!

by HdE
Had a real struggle getting the latest review together, but it's finally up on YouTube- and age restricted to boot, as the content for this one gets a bit heavy.

This time, I look at Kaos Studios' HOMEFRONT - a first person shooter that's often remembered as being little better than mediocre. However, I look a little deeper at the game's premise, which is actually pretty thought provoking. 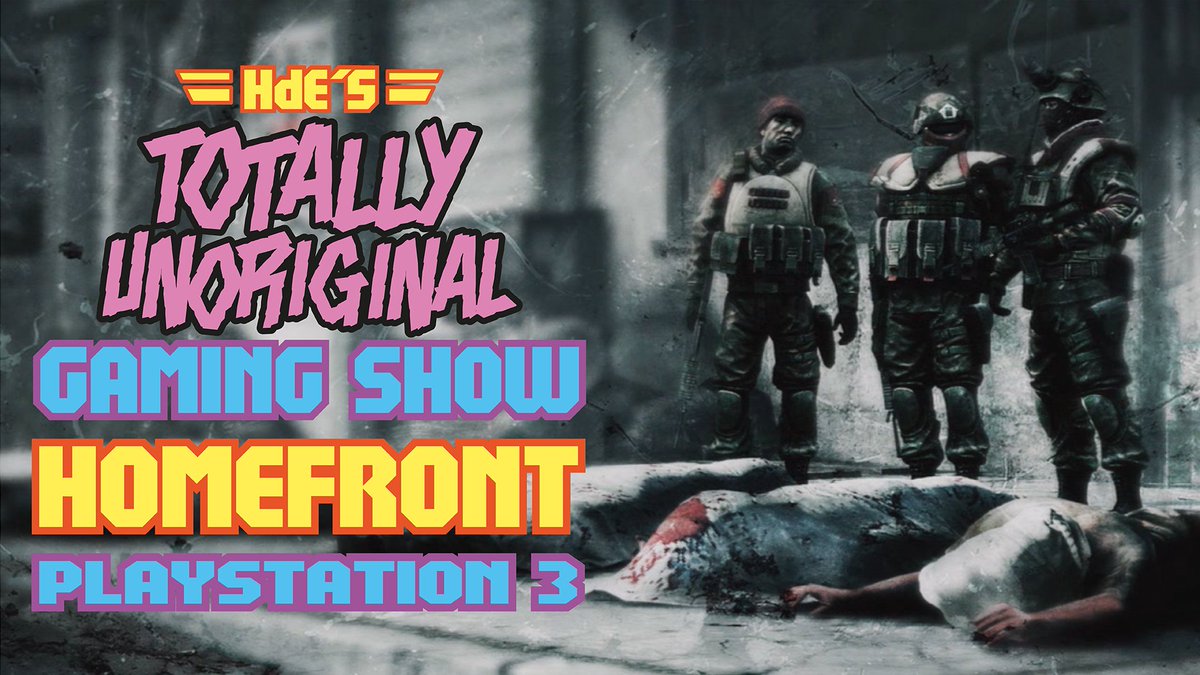 by HdE
My latest review is up, and in it I take a look at Naxat Soft's 1988 pinball extravaganza ALIEN CRUSH. Which visually pays more than a little homage to the Alien movies. 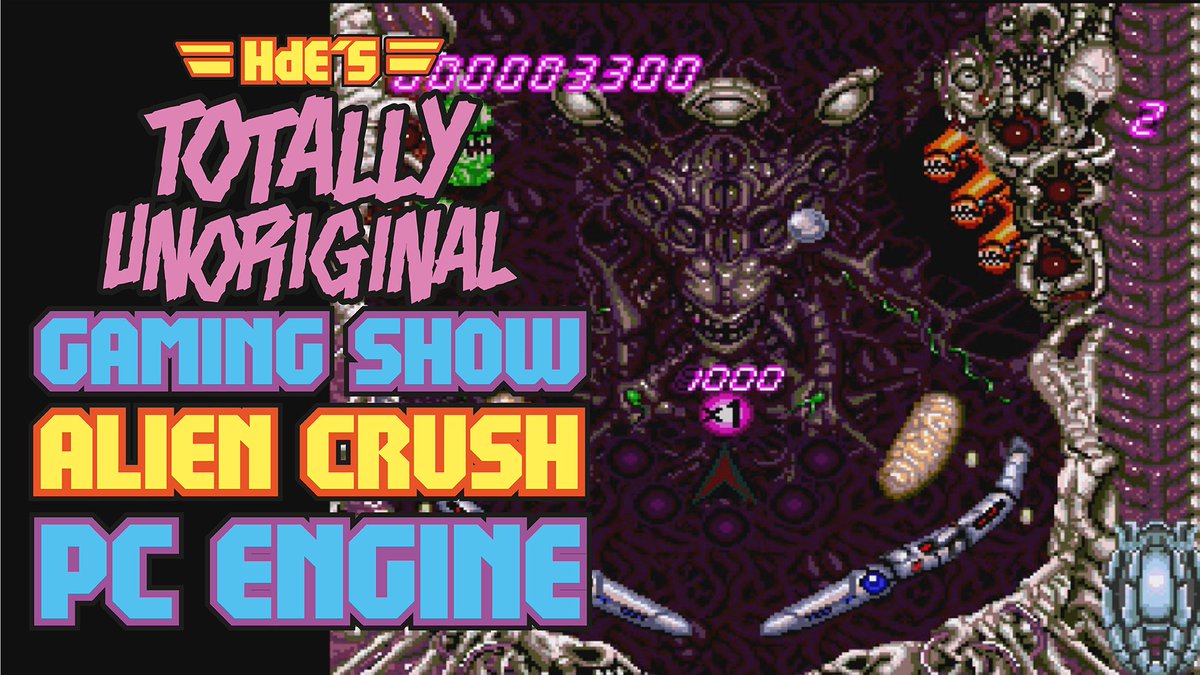 I still say they missed a trick by not doing a sequel and calling it 'James Cameron's Alien Crushes.'

Anyways - here's a direct link to the video:
https://youtu.be/hXZ2d3e6oP0

by Dudley
I didn't know this existed.

I agree though, the flip screen doesn't help. I don't think I mind as much though because the games of this sub genre I played were things like Kirby's Pinball Land so it's a mechanism I'm kinda used to.

by HdE
I'm glad you guys are digging what you're seeing!

by You've Been Gamed
Cool channel!

Glad you're liking it so far!

However, it's worth flagging this up: The channel's having a bit of a tough time at the moment. It's getting some GLORIOUS praise from the right people, and gaining subscribers at a slow but steady rate (currently at 606) but new videos struggle to reach even a tenth of that figure.

If folks watching the videos here are subscribed, PLEASE give consideration to enabling notifications on YouTube so that you receive updates regularly. 600+ subs weighed against 50 - 70 views per video is the kind of ratio that makes the channel debatably not worth the effort to keep going.
All times are UTC-04:00
Page 2 of 3
Powered by phpBB® Forum Software © phpBB Limited
https://www.phpbb.com/