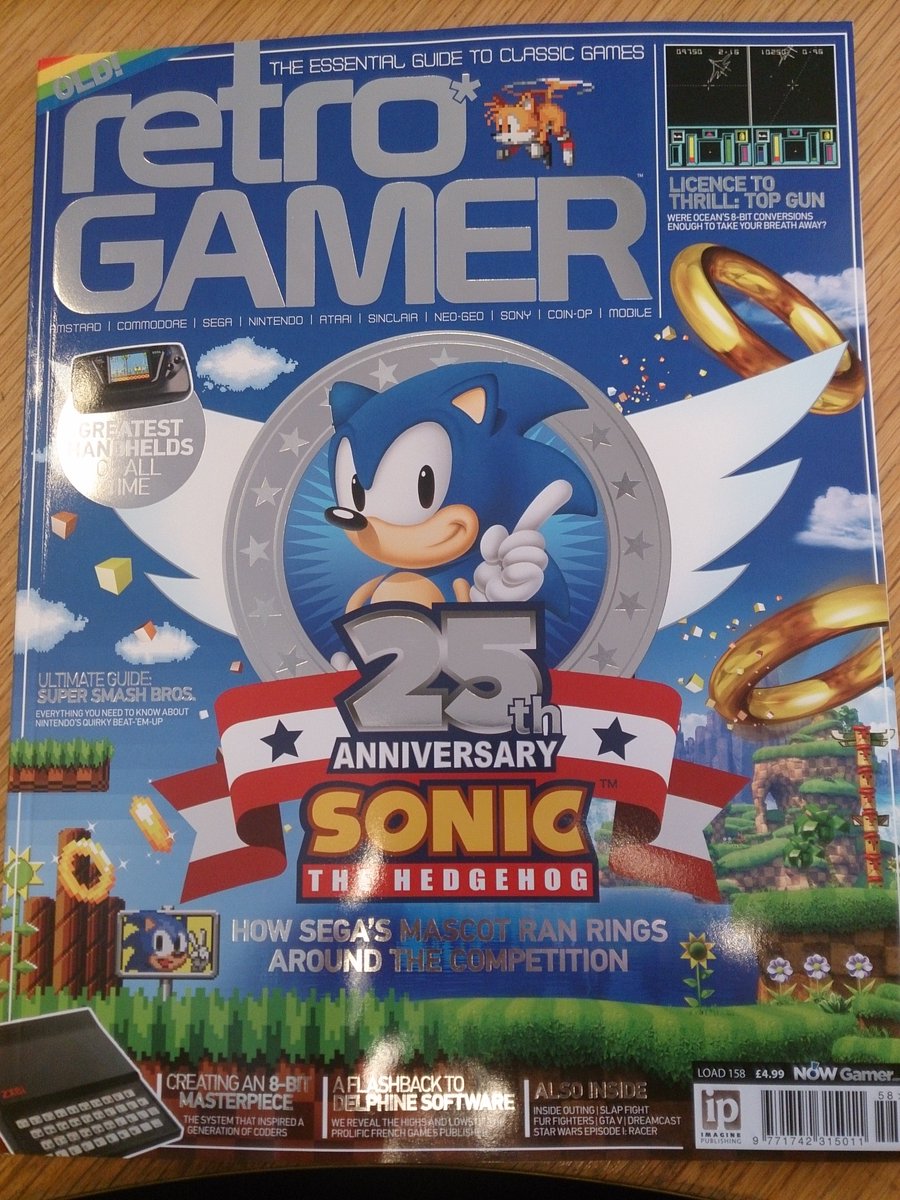 Arrived today but haven't taken it out of the packaging yet. I admit that's not the greatest feedback but it's a start and will open it tomorrow!!
The dry fart for Barry MacDermot and all the cancer patients in the Glamorgan testicle ward
Top

Bub&Bob wrote:Arrived today but haven't taken it out of the packaging yet. I admit that's not the greatest feedback but it's a start and will open it tomorrow!!

Apart from the opening it tomorrow... I'm off the the Great British Beer Festival so it'll have to wait until Wednesday

Too much Sonic but otherwise quite a good issue.
Top

Christ, the top 5 singles in back to the 90s are effing' terrible!!
The dry fart for Barry MacDermot and all the cancer patients in the Glamorgan testicle ward
Top

I really enjoyed the ZX81 article and also the handheld feature, both very good reads.
Top

Really impressed with the Delphine Software article, and interesting to hear from a different player in the Sonic story.
merman1974 on Steam, Xbox Live, Twitter and YouTube
Top

I changed my address online last month but this one hasn't turned up. Bet it's gone to my old address

Nice issue, enjoyed the Greg Tavares interview in particular. The print quality wasn't great this time - particularly in the review section and the readers letters - a lot of blurry headings and screenshots. I don't think it was the whisky.
Top

Really nice cover. Really good edition so far.
"Very soon our luck will change, we'll do what we need to do to win matches, and we'll fly."
Top

Nice, interesting issue so far. Half way through and I made it into the comments section again.
Atari 800XL thrashes the C64 every time!!!
(well, nearly everytime)
(OK, some of the time)
Top

This had a few good pieces but somehow it didn't really bring out my enthusiasm. I think I'll just leave it at that and look forward to #159.
Top

Oddly, I felt the same. Don't get me wrong, I enjoyed quite a lot (most) of it, but the Smash Bros, Future Classic and From the chair this month just didn't do it for me.

Also, I find it interesting that GTA V is a future classic. I mean given, right there in the article it says that each successive GTA makes the previous ones irrelevant, will V still be a future classic once VI comes out? And you do realise that soundtrack you praised so highly will be patched out eventually, right?

Anyway, it felt like a waste of a couple of pages trying to convince a world where GTA V still features regularly in the top 10 charts every week, that they should play GTA V

Also, why didn't the Vita get full marks for tech? It has two bloody cameras! Two! And an accelerometer and a touchscreen and the back is a touch pad and two analog sticks and every wireless standard known to man and an OLED screen and *takes breath* it's the most powerful handheld ever made! What else do you want?
Top
Post Reply
20 posts