Bub&Bob wrote:Not a huge fan of the 2-3 pages of old ads - EG the Outrun one's.
But I guess they keep the page count up!

Thought they worked rather well in the Outrun piece.
Top

Team Alfie wrote:I just remembered something else I really enjoy whenever it occasionally turns up. The 'making of' old magazines. They've all been great and top of my wish list for another one would be Super Play. I take it the likes of current Edge editor Tony Mott would have nothing to do with such a feature, and I've no idea if Imagine would want to do something about a Future magazine or if Future would allow it, but if it was possible, then there's always Wil to base the whole article around!

A feature on Super Play is very unlikely, for the reasons you mention. Future is very protective of its magazines, both past and present.

And I've been badgering Wil to do some kind of feature on his wonderful artwork, but the guy is just too damn modest to say yes to it!

And another thing - this import bashing is insane, seriously. Full of Eastern Promise is an excellent section of the magazine.

There are hundreds of quality Japanese titles that never made it over here. To assume that just because a game wasn't picked up for release in Europe (traditionally one of the most conservative regions when it comes to video game releases) it is therefore 'unplayable junk' is the kind of thing I'd expect a drunk person to utter after being hit over the head with a piece of wood several times. It's madness, not to mention very narrow-minded.

And if you're trying to say that the Spectrum version of Salamander is in any way comparible to the one on the excellent Salamander Deluxe Pack then you're clearly as mad as a bag of spiders.


mikeb wrote:Guardian Heroes (strangely never made it to the US though)

Sorry Mike me old china but it did, along with terrible boxart: 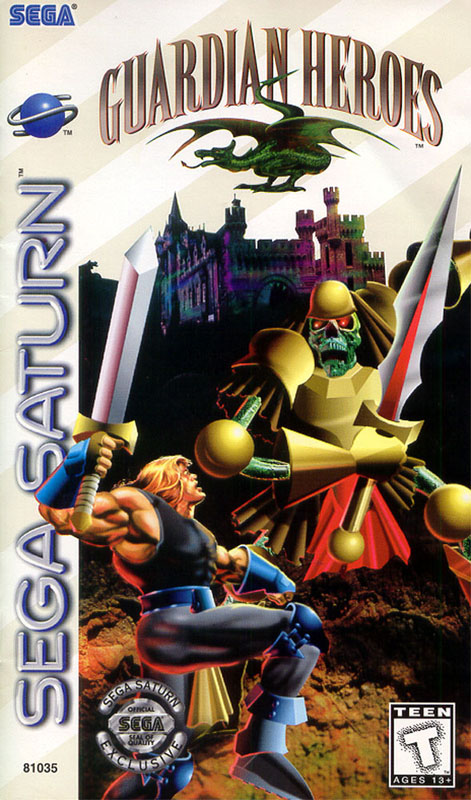 Woops. Must be thinking of the other one with the rabbit (Keio Flying Squadron 2). Erm...

And yep - that artwork's terrible.
Top

It's majestically bad, isn't it?

Thank God for Western releases of Japanese games though, eh?

Bub&Bob wrote:Not a huge fan of the 2-3 pages of old ads - EG the Outrun one's.
But I guess they keep the page count up!

Funny thing is, I think they are too small at times!!
The dry fart for Barry MacDermot and all the cancer patients in the Glamorgan testicle ward
Top
Post Reply
66 posts